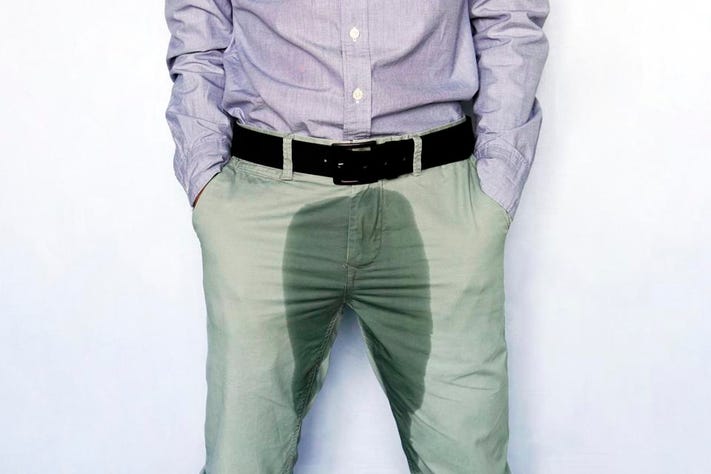 Why is he so Pissy Jim? Seriously?

I've personally hit my absolute breaking point with the old guard of Oilers media this week watching "Hall of Fame" writer Jim Matheson throw a temper tantrum during Leon Draisaitl's media availably following yesterday's team practice. For me, it's not the fact "Matty" was asking the same boring, useless, and unoriginal questions that a certain section of the media have been asking since 1985, but it was the insinuation that Draisaitl had no reason to be "pissy" after all he's gone through during his time in Edmonton. Draisaitl's time in Edmonton has been nothing short of a nightmare for no fault of his own. Since Draisaitl was drafted 3rd overall in 2014 the Oilers rank:

During his first 8 seasons in the NHL, the Oilers have been a bottom 3rd team in the entire league; I think that is more than enough of a reason to be pissy Jimbo. Now, during this time Draisaitl himself has had tremendous personal success. Scoring at a 1.09 point per game pace in the regular season, winning a Ted Lindsay, and a Hart Trophy along the way. Draisaitl also has 1.29 points per game pace in his 21 playoff game appearance. None of this team's failures are his fault. This team is a disaster and has been for his entire career, and Jim somehow found the nerve to ask "why are you so pissy" during a stretch in which the Oilers have gone 2-10-2, and the only wins came while Head Coach Dave Tippett was in Covid-Protocol. Why is he so "pissy" Jim? For f*cks sake man…

These past 3 seasons under Holland Tippet have been objectively terrible. Losing in the bubble to the lesser Chicago Blackhawks, and getting swept by the Jets in back-to-back years and now the team is more likely to miss the playoffs than ever before. Local scribes claimed that the team during the first two years of Holland "wasn't Hollands", as he cleaned up the mess Chiarelli made, and that we needed to wait until this past offseason for Holland to really put his mark on the team. While we are now nearing 40 games into the season and this team sucks, and it sucks badly. Holland's moves this offseason, and lack of, have made this team dramatically worse in every single area of the team.

Here is a quick recap of the Summer of Ken:

There are various other small moves made this summer as well, including the Yamamoto 1 extension, but the ones above are the major moves, the "Summer of Ken" moves. The Oilers went into last summer with three glaring needs: #1 Goalie, #3 center, and a top 6 winger. To fill those needs the Oilers resigned 39-year-old Mike Smith coming off his best season in almost a decade for two more years, signed 35-year-old Derek Ryan who had been productive for Calgary for several seasons, and signed Zach Hyman who has been a solid top 6 winger when healthy. Now, I'd assume most people thought the Ryan and Hyman deal were "good moves", the Ryan deal was cheap and low risk, and the Hyman at 5.5 was fair value, though maybe 2 years too long, but hey, the Oilers won't need to worry about years 6 and 7, they'll have two cups by then, right?

Most smart Oiler fans were very critical of several of these moves, the Keith trade (at full salary!), the Smith contract, the Bear trade, and the Ceci signing were the most commonly critique moves in most circles. Now credit to Cody Ceci, he has covered his contract through 40 games and is no worse than the 3rd best dman on this team (that's a problem all its own), he has not been a problem. The problem is the rest of these moves (aside from Hyman and Nuge) have blown up horrifically.

Again, to be fair, the Nuge extension, Hyman acquisition, and Ceci deal have all been fine, he improved the team with 2 of these 3 deals and kept a key top 6 forward in Nuge, but the rest of the Summer of Ken has been a nightmare from an on-ice perspective. But it's not even that, it's the cap space he used, and the cap hell her has created which is the real backbreaker.

Dom Luszczyszyn at the Athletic had his new player cards available for each NHL team, and in these cards, he has player market value vs. their actual cap hits. I'm not going to break down his math/reasoning behind it, but here is the link to the article assuming you subscribe to The Athletic). Here is how Dom, an analytics proponent, sees Holland most recent cap moves:

There was no player card for Koekoek or Perlini so I can't give you that info.

Overall, Holland's contract vs their market value leads to a -1.55 million deficit, that's bad. This past summer was a train wreck on and off the ice. The team is bad based on performance, and the team projects to have 5.3 million in cap space going into next season. Now, if all you had to do was fill 1-2 wholes that might be enough, but the Oilers still need a number 1 goalie, 2 more top 4 dmen, and a number 3 center, you can't do that with 5.3 mil in cap space. There is also the small (actually massive) issue of resigning Jesse Pulujarvi to a new deal this summer, a deal that should have been signed-in the summer, and a deal that is becoming more and more expensive each passing day. Dom's player cards have JP's market value currently at 8.1 million dollars. Dom ranks JP as follows:

Now, I don't think Jesse is getting 8.1 million dollars, but the number is going to start with a 5, and it might be closer to 6 by the end of the season. Jesse's new deal will eat up most, if not all of that 5.3 million dollars in cap space going into next season. Leaving no money to fill the 4-5 glaring holes on this team.

Now, some of the holes can/may be able to be filled internally, but that would require either a change in head coach or Tippett to suddenly be good at his job. On the topic of Tippett, how has this guy not been fired yet? The team has lost 12 straight games with him behind the bench, I tried to find the last time a playoff team had a coach who lost 12 straight games, and shockingly I couldn't find one because it had not happened in the past 20 years. Tippett refuses to dress his best lineup, refusing to hold vets to the same level of accountability that he does his young players, and continually doubles down on his bad decisions. Imagine being Draisiatl, or McDavid who likely feels the same way, just keep it more internalized and see the coach continually try the same game plan loss after loss. What kind of message does that send? You think Draisaitl isn't aware that:

It's the same crap game after game, and season after season and the players are tired of it Jim, that's why he's so "pissy". He's been here 8 years, he's done everything he can aside from cloning himself to help the team win and it hasn't been enough. There are maybe 10 current Oilers who are helping this team win, and there 10-12 other guys who just hurt the team to varying degrees, and instead of asking Holland how he managed to make the team worse each of the three years he's been here, or asking Tippett why the team hasn't won a game in nearly 2 months with him behind the bench, you and most of your fellow scribes and asking Leon what the team needs to do better? Look at the peak of Leon's time in Edmonton, the 2017 playoff run, compare that roster to this one, where's this team's Cam Talbot, or Sekera, or Maroon, or Klefbom, or Larsson? That team had a legit starting goalie. That team had a true top 4 defense core, this team has none of those things, and this team even has a better version of McDavid and Draisaitl than the 2017 team. This team is bad Jimmy, it's really bad. And instead of asking Ken Holland how he managed to make the team worse or asking him why he's not willing to move picks and prospects to improve the team and fighting back when he gives a BS answer, you and your cohorts are asking Draisaitl what the players can do to be better. The answer is nothing, the players can't be anything other than they are. Holland built this team, Tippett coaches the players and makes line-up decisions, this is their fault. That's why he's so pissy Jim, it's embarrassing you even had to ask that question.