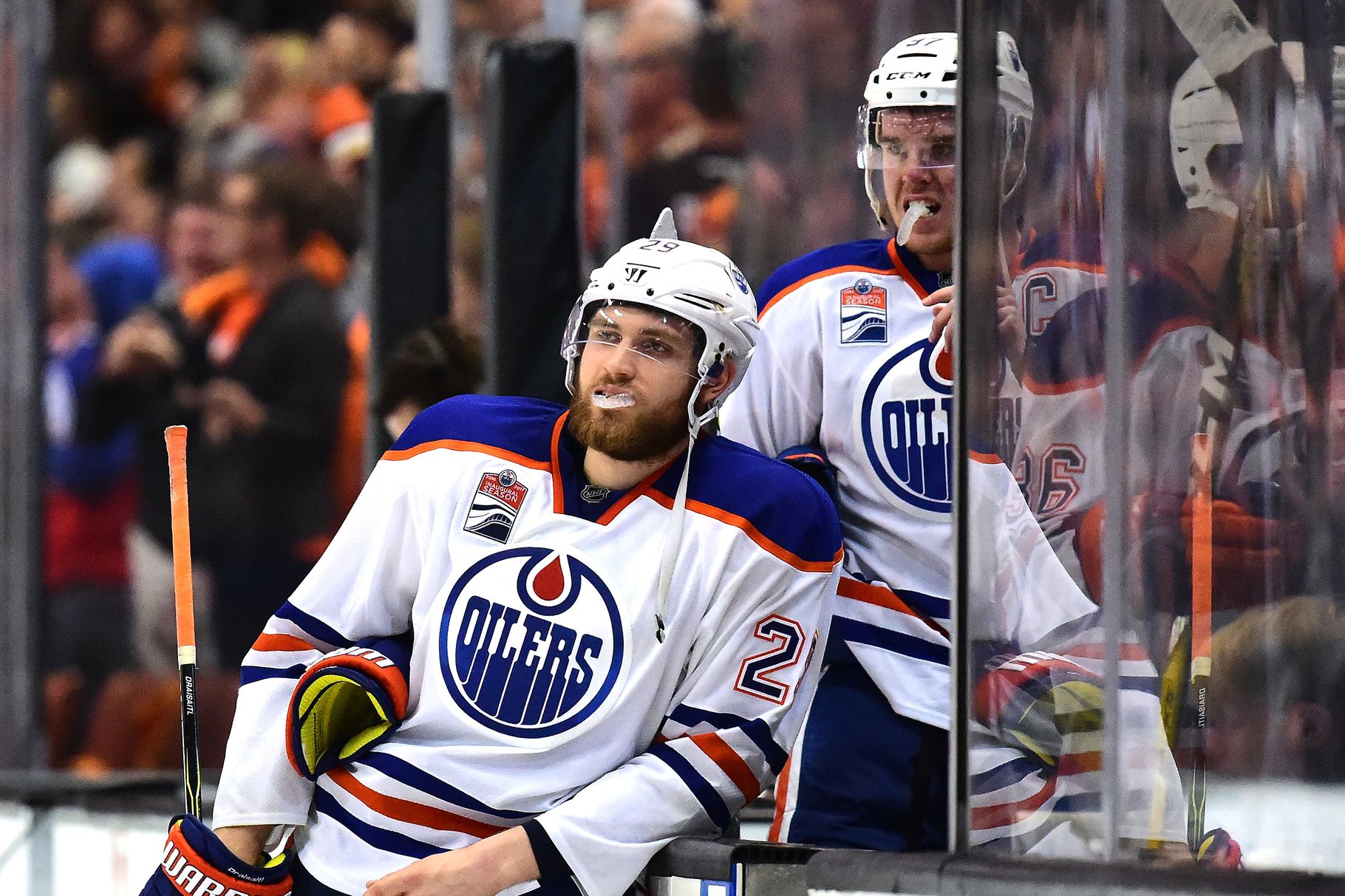 When deploying players it's difficult to rationalize where each player should play using statistics. Context affects everything: shot and goal-based data are heavily correlated with where players start their shifts, who they play against and who they play with.

But what if it could be as easy as following a single number? In the stats community, we've all been looking for "the one r-ting to rule them all". Why not a distilled statistic using machine learning? Emmanuel Perry at Corsica Hockey has provided us with just that: a rating system with a single number that is comprised of a variety of statistics. Manny's Corsica Player Ratings suggest the following lines (my interpretation - excluding players that did not play in the NHL last season):

Of course any single stat can produce dangerous suggestions. Ask yourself, is the above dangerous or an objective assessment of where our skaters belong?

For example, I love Kassian. Last off-season I suggested that he play with McDavid (before he actually did). But maybe Zack belongs elsewhere.

To be a winner in this league it seems that you need to run three great skaters down the middle of the ice.

Ryan Nugent-Hopkins ranks in the bottom-half of the league for second line centres but as a 3C ranks in the top half. Splitting Leon Draisaitl and Connor McDavid drops the top line from one of the top-four to one in the bottom of quarter of the league, but improves the second and third lines.You double-shift McDavid with Draisaitl at strategic ofensive-zone face-offs and power plays. We talk a lot about top-6 and bottom-6, but I think that’s the old NHL. You need 9 good forwards.

As suggested in the comments by flarwick:

"If I had my way, I’d run three productive lines and my fourth line would consist of specialists. Like a FOGO guy, PK guys, or whatever, for lack of better examples. I’d maybe run them 5 mins at EV and let the other three lines eat up the other 55."

What do you think?

Should Draisaitl play second-line centre (split him from McDavid)?