When one listened to the press conference on Friday of Chiarelli's observation of the Edmonton Oilers, I doubt there was an Oiler fan listening that didn't start to think about which players won't be part of his " new " vision for this team. There certainly can be no argument that the Oiler's are far too easy play against and are generally to small and soft to compete in the West against the likes of the Ducks, Blues and Jets.

As an Oiler fan, the Tyler Seguin trade from Boston to Dallas is concerning - it ranks up there with other legendary lopsided transactions including Vancouver moving Cam Neely or the Flames cuting loose a kid named Brett Hull. After all - we're a city that still feels the sting of trading Wayne Gretzky for Jimmy Carson.

Understandably then, many Oiler fans are a bit apprehensive when the architect of one of the worst trades in recent NHL history is now in charge of the Oiler's young stable of developing draft picks. Certainly though that is not to say that Chiarelli doesn't bring with him an impressive resume - two Stanley Cup appearances - One President's Trophy and one of those rings Kevin Lowe is a fan of talking about. He took a struggling Bruins organization that lacked focus and identity and in less than a decade turned it into one of the leagues marquee teams.

The Bruins Under Chiarelli 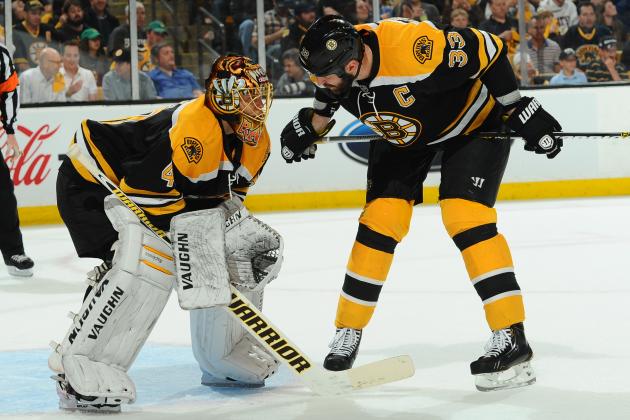 I wasn't following the Bruins close enough back when Chiarelli took over to really remember the extent of their problems so a little research was required. Turns out the year he was hired they had finished last in their division ( sounds familiar ) and Dave Lewis was let go and replaced by Claude Julien the following season. For those of you that don't remember - Julien was the former head coach of the Oiler's farm affiliate, the Hamilton Bulldogs from 2000 to 2003.

In the following 2007 - 2008 season, the Bruins made it back into the playoffs before losing a game seven heart breaker to the Canadiens in the first round. In the 08-09 season, just two and a half years after Chiarelli took over the team - they finished first in the East - and won the Stanley Cup in 2011 - less than five years from taking over in Bean town. At a mirrored pace - the Oilers would win a cup in 2019.

Chiarelli proved during his time in Boston that he wasn't afraid to move star players - and clearly puts more emphasis on strength of play and other intangible factors than he does point production - after all - this is the guy who traded two of the NHL's top point producing players in Phil Kessel and Tyler Seguin out of the organization. If you listen to the rumors, both players have similar " undisclosed " off ice issues that seemed in Chiarelli's eyes to out weigh their on ice contributions. Who knows if this was a dressing room issue or case of bad attitudes - but for what ever the inside reasons, both were moved out despite being high end point producers.

Bringing the Boston Model to Edmonton

To be successful here in Edmonton , Chiarelli is going to have to build a team that can compete with the likes of the Ducks and Kings - and what looks to be an up and comer with the size and style of the Winnipeg Jets. Even the Flames have found success this year through an aggressive style of play - an although not much bigger than the Oilers, showed this season that skill can be easily trumped with grit and aggressive speed on the fore-check.

If you look then at the Oiler's lineup - there has never been any question as to the level of talent - but has very little grit outside of the fourth line. Of the marquee players - Taylor Hall plays the most aggressive game of the younger stars and Yakupov has shown a willingness to throw big hits. Eberle is more of a finesse player and perennial Lady Byng candidate who has also shown he isn't afraid to go into tight areas - and just as importantly has been relatively injury free during his time as a pro.

The fourth member of this group is Ryan Nugent-Hopkins, who in his draft year was said to be similar in vision to Wayne Gretzky. The problem is, RNH is not a hulking center that the top teams in the West build their roster around. Hopkins doesn't have the size of a Ryan Getzlaf or the size and meanness of David Baches in St Louis.

Which leads to the question - Does Ryan Nugent-Hopkins fit into the future of the team the Oiler's need to become to be successful in the Western Conference ?

The Oilers have a large, talented heavy center coming up in Leon Draisaitl and with Connor McDavid on the way, the roster is more in need of a large, tough, experienced center right now than they are of the skills RNH brings to the team. Don't get me wrong - Hopkins is a great player - but when you look at current assets, his injury history, his salary and where the Oiler's need to go to compete - not to mention the style of team Chiarelli created in Boston - the odd man out may end up being RNH.

There is also the matter of which of the Oiler's top young stars would garner the highest return in a trade and arguably Nugent Hopkins would be that player. Teams like Philadelphia, Toronto or even the Bruins could desperately use his play making ability and he would be better protected from tough minutes within organizations that had a more veteran presence.

If you step back and assess where the Oilers need to makes changes to adapt to the Western Conference style of play - you need players like Hall for his ability to break open games and Eberle to score crucial goals. Yakupov has a lot of untapped potential and value is too low to get much in return - which leaves RNH as your main trading chip. If he brings you in the stud defenseman this team so desperately needs along with maybe even a gritty winger or temporary center - then that trade needs serious consideration.

And if I'm Justin Shultz - I'm stopping at U-Haul on the way home tonight and picking up boxes.

Would You Trade Ryan Nugent-Hopkins if He Could Get You a High End Defenseman ?