Hot Take: A Media Lesson for the Media

The message from athletes to the media is, ‘You need us a lot more than we need you.’

Share All sharing options for: Hot Take: A Media Lesson for the Media

Big name athletes are snubbing the press. And the fans love it.

The message from athletes, and many fans, to the media is, ‘You need us a lot more than we need you.’

Take Tuesday’s interaction between Phil Kessel and the Toronto media, for example. Phil Kessel tersely defended his teammate Dion Phaneuf and said members of the media were an embarrassment.

This was the same day as controversy was still boiling over a crass tweet made by a fan that accidentally wound up onto TSN’s broadcast. Maple Leafs Joffery Lupul, Dion Phaneuf, and Phaneuf’s wife Elisha Cuthbert announced a lawsuit against TSN.

"I don’t think anyone deserves to be treated like that and I think a lot of media here … should be embarrassed [by] what they said about him, in general," he told reporters. "It’s embarrassing."

Kessel’s relationship with media has ranged between ‘non-existent’ to ‘bitter’ for a long time and that’s no secret.

But believe it or not, that was the move of a team leader. The Maple Leafs’ biggest enemy right now isn’t the Montreal Canadiens or the Detroit Red Wings. It’s the media. And Phil Kessel, who in the past has preferred to ignore reporters and blow right by them, met them head on to defend a teammate.

It led to a curious article in the Globe and Mail by Cathal Kelly headlined ‘A Lesson in Media Relations for Phil Kessel’.

Kelly implies Kessel needs to do a better job of charming reporters if he wants them to lay off the heat. He is disappointed Kessel didn’t ‘burst in like the Kool-Aid Man’ and try to schmooze reporters with handshakes and smiles, as did Kelly’s anecdote of baseball Hall of Famer Frank Thomas.

But Kelly’s article falls flat. It comes off as though he’s saying "We should all pile on Kessel for being such a jerk. Right, guys? Guys?" But no one is picking up on what he’s preaching. People are already on Kessel’s side for this one.

This wasn’t Phil Kessel’s lesson. The lesson in media relations here is for the media. And Kessel isn’t the only athlete flying in the face of the media.

Kelly thinks Kessel screwed up by keeping relations with the press sour. Kelly is mistaken. Kessel doesn’t want to be their friend and he won the applause of many fans.

Get familiar with #nocomment 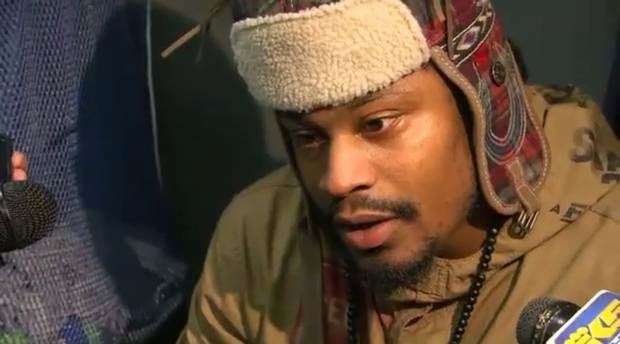 Now, I don’t follow football. But you can be absolutely sure every time Marshawn Lynch didn’t talk to the media I watched it on my phone and then again at the office.

"I’m just here so I won’t get fined," is the sports quote of the decade. He made it clear - journalists need him a lot more than he needs them. Marshawn Lynch refuses to give reporters their bread and butter - quotes - and it goes viral. Over and over again.

‘Wasn’t it awesome how he stuck it to those reporters?’ we gab by the watercooler.

Mainstream media is caught in a double bind. If they softball questions and cozy up to athletes, they are perceived as not being effective journalists.

On the flipside, when they hound struggling athletes we side with the athlete. We empathize with the feeling of being persecuted by a bunch of storytellers. When those athletes tell the media to shove it, those athletes say it for all of us. ‘Why don’t they just leave him alone so he can get back to being awesome?" we wonder.

That’s not to say this is a MSM vs. bloggers arguement. It’s not. Bloggers, too, can say vicious and nasty things about athletes. Everyone can be doing a much better job of treating celebrities like human beings.

However the legitimacy of mainstream media has slipped and what they’ve come to represent for the sports audience can be outmoded, and at times even antagonistic. Thanks to the internet, fans are able to connect with players and analyse the game as was never possible before.

The media relations lesson is this: The landscape has shifted and the media do not hold the cards. The question is no longer what can the Maple Leafs do for them, but what can they do for the Leafs (to help them win)?

And that’s not Phil Kessel’s problem.