In his most recent fanpost C&B regular GCW_69 examined scoring situations under Dallas Eakins and Todd Nelson. I found the premise that coaching might be evaluated through the comparison of score effects data to be very interesting. His analysis puts the current enthusiasm for Todd Nelson into question. In conclusion GCW_69 writes:

Based on this, I really don't know what to think about Nelson. Trailing and leading he looks like an improvement on Eakins in aggregate. But the Corsi percentage when tied is deeply concerning.

After reading GCW_69's post I found myself wondering about the relative value of possession metrics in various score situations. A perfect team in a perfect game would control the puck all of the time. However, as Oilers' fans know, life is far from perfect. Because of constraints possession becomes more important in some situations than others. But in which situations does possession matter most?

In order to attempt to answer this question I turned to war-on-ice.com and its massive collection of data. Because the premise of GCW_69's article was related to coaching, I decided to calculate the correlation of various stats to team points percentage. I wanted to know which Corsis matter most for collecting points in the standings. The table below presents my findings.

Possession metrics do have greater importance in some situations than in others. Generally speaking they are less important when leading. I would suppose this is because there are tactics that might be used to protect a lead that have little impact on Corsi. Nelson's team has had stronger CF% when leading than Eakins', but weaker CF% when tied or trailing. The above table suggests that the improvements made leading are not as important as the decrease in CF% when tied.

The table also suggests that variations in save percentage (OSv%) correspond to changes in points percentage, while changes in shooting percentage do not. In other words small changes in Osv% have big impacts. Regarding Nelson this is more evidence that the Oilers are winning because of an improvement in goaltending (OSv% has risen from 90.1 under Eakins to 91.1 under Nelson), while defense has been eroding (scoring chances against per 60 minutes have risen from 25.8 under Eakins to 32.1 under Nelson).

The table also suggests taking another look at the Oilers performance when tied in the third period. To examine how the Oilers have performed under Nelson and Eakins I turned to war-on-ice's chart machine. 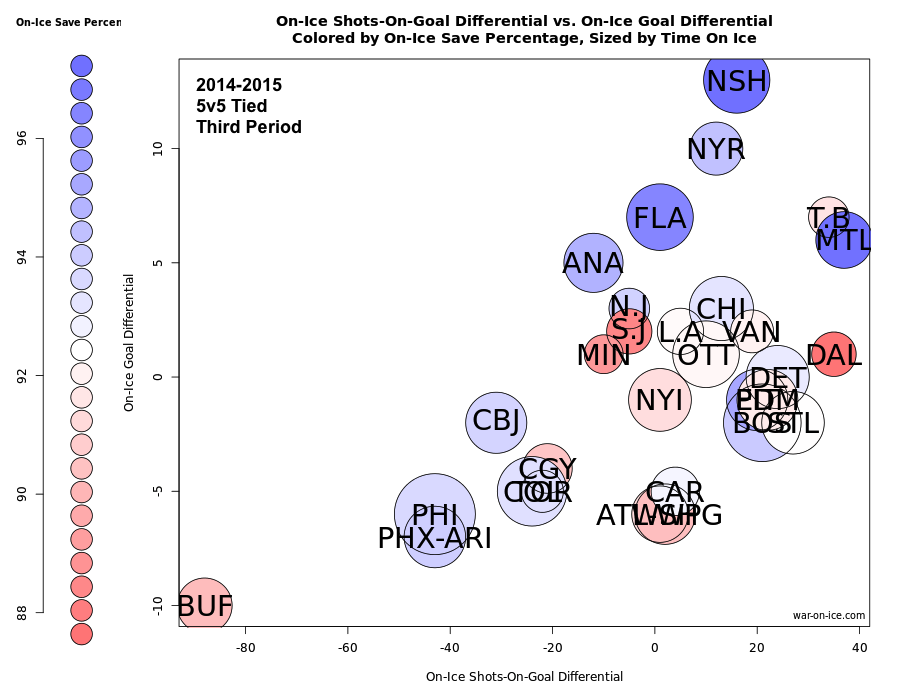 The Oilers have played 301.9 minutes of 5v5 tied hockey in the third period this season, ranking them 14th. During this period they have a positive shots differential (S+/-) , while their goal differential (G+/-) is down slightly from parity (as shown above). 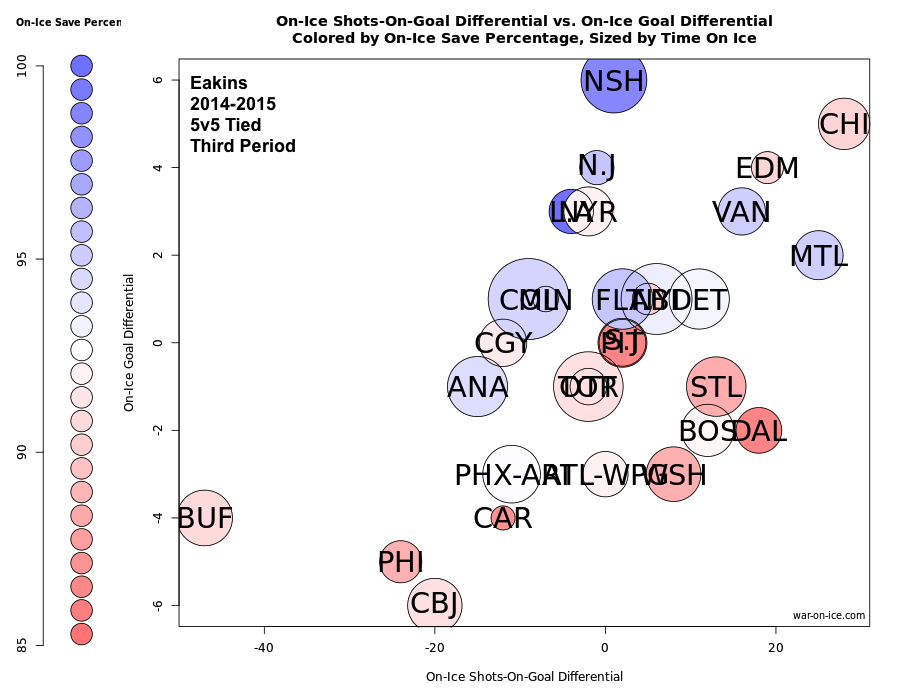 Under Eakins the Oilers played 79 minutes of tied 5v5 hockey in the third period, ranking them 5th overall. During this time they produced positive shot and goal differentials while sustaining below-average goaltending. 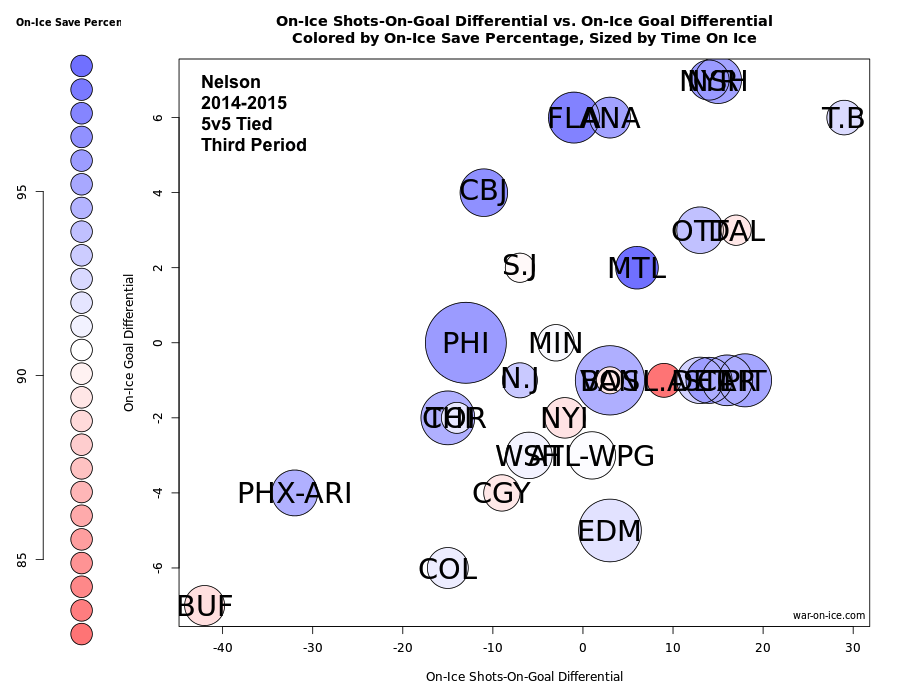 Some of this is good news. The Oilers are performing well when the score is tied in the third. Improved goaltending under Nelson and Schwartz has contributed to an increase in points percentage. However, possession as indicated by shot differential when tied in the third has decreased bringing into question whether Nelson has been making the right choices regarding deployment in key situations.