Let's stick to the stats. On-ice data (from war-on-ice) is even-strength 5v5 close, meaning situations when the game is within 1 goal for the 1st and 2nd periods, or tied during 3rd period.

Under Eakins the Oilers gave-up significantly fewer Scoring Chances (SCA60), Corsis (CA60), and Fenwicks (FA60) per 60 minutes of even-strength close play. They also took a greater percentage of faceoffs in the neutral and offensive zones as indicated by ZSO% (a smaller percentage in their end of the rink).

Under Nelson, the Oilers have been giving-up fewer even-strength goals per 60 minutes, but only because their On-ice Save Percentage (OSV%) is higher. The one-percent increase in OSV% corresponds to the 0.3 difference in GA60 between Eakins and Nelson.

Is it luck? Is it Dustin Schwartz? Is Nelson better with goalies than Eakins? Is this the PDO regression that Ryan Batty prophesied? You be the judge. But one thing's certain, this team's defense didn't get better. It got worse as measured by attempted shots & Scoring Chances. By quite a bit. Unless, of course, you listen to Ken Htichcock.

The charts below show team defensive performance for the 2014-2015 season during Eakins and Nelson's tenures respectively for 5v5 close situations. X = Scoring Chances per 60 minutes, Y = Goals Against per 60 minutes, bubble colour = On-ice Save Percentage, bubble size = ZSO%. Nelson probably owes Schwartz & Scrivens something if he survives this baptism by fire. 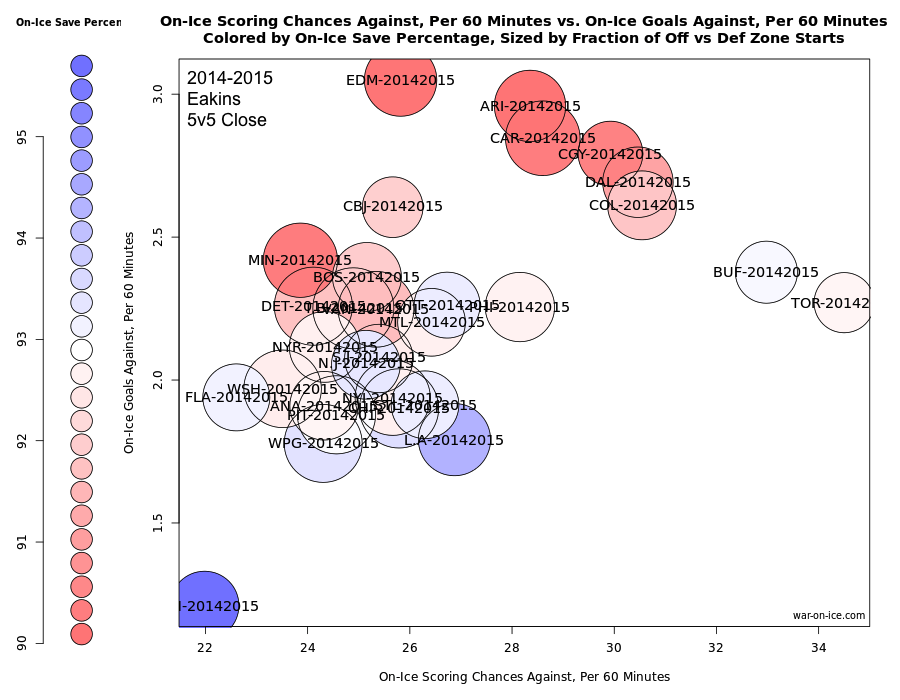 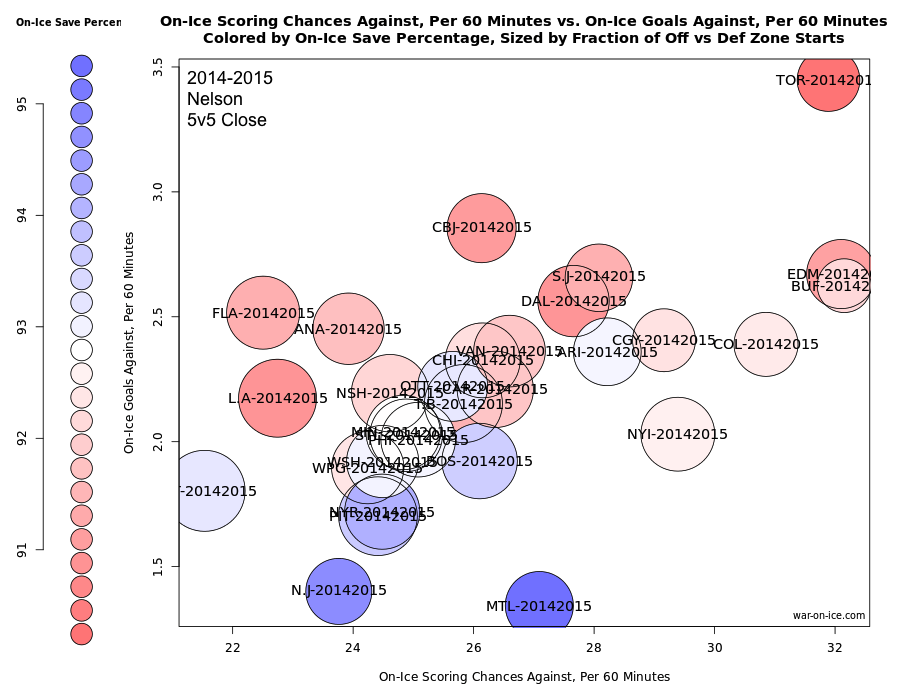