Why am I always so discouraged?
Why is my heart so filled with sadness?
I will again turn to God for help!
I will look to him for deliverance!
Yes, the one who saves through the draft will help us! 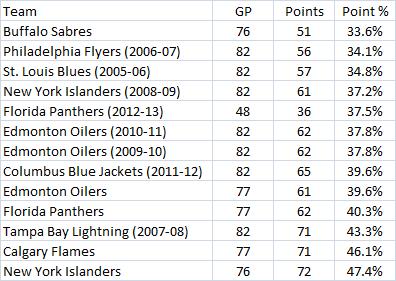 Visiting Team Scouting Report: The Oilers sure do play the Ducks a lot! I've looked at the team numbers and their two best forwards over the last couple of weeks, but haven't touched much on their defense. Here's how the Ducks have allocated their minutes on defense so far this season: 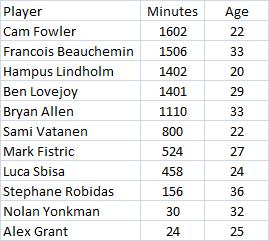 No one between the age of 23 and 28 is among their top six guys, which looks more like a rebuilding roster than it does a competitive one, especially when you consider that Ben Lovejoy had played just 130 NHL games before this season. But Lovejoy has been alright, Hampus Lindholm has been much better than they had any right to expect, and they've been able to mostly hold things together.