Yesterday, Shayne Corson became the tournament's first finalist, taking out the only upset winner of the entire tournament thus far. Today, Steve Tambellini tries to become the second man to pull out an upset victory as he takes on Peter Pocklington for a spot in the finals. I'll have this vote up all weekend, and then run the finals on Monday (so if you're in Quebec, you'll have two very important votes to make... unless you're a student).

What if Steve Tambellini had never been fired? It's a haunting question, but really, what difference does it make to the team this year? I expect that the Oilers probably still have Ralph Krueger as coach. They've also probably still got Magnus Paajarvi playing on the wing and Ladislav Smid patrolling the blue-line. No way Mike Brown gets traded though MacIntyre and Gazdic both being claimed on waivers seems plausible. Don't know about dealing Horcoff and Hemsky, but if they wanted out, they're both likely gone, so I'll assume that was the case. The only thing we needed to get Gordon and Ference was more money and a longer contract than anyone else could offer, which Tambellini was always pretty good at. Signing Bryzgalov and trading for Scrivens? Not sure about that. Seems possible to me that Tambellini would've just waited out the goaltending, which would mean no Matt Hendricks. Tambellini also collected on his veterans at the deadline, so Schultz going probably happens too. So where does that leave us? Much worse than we are today?

What if the Oilers had actually moved to Houston? Does it hurt Pocklington's legacy or does it help when we look back on those Cups with nostalgic eyes? Am I still even interested in NHL hockey or does my passion wane as a teenager who saw his favorite team move south? If no one else in Edmonton steps up to buy the Oilers, does it justify Pocklington's desire to move the team in the minds of most fans? And are they back now as the new-Thrashers, or does Winnipeg still get the first relocation? The story of the team sure is simpler if they move in the early 90s. The Oilers sweep into the league with a dynasty that gets tragically dismembered until the team itself no longer exists. The city of Edmonton is a very different place if that's the story of our hockey team. 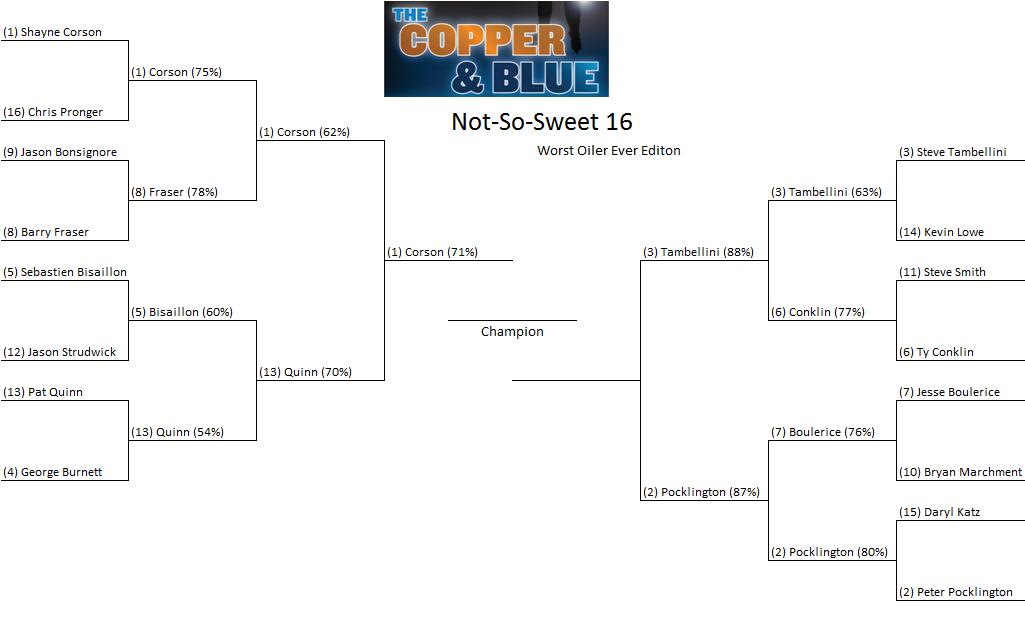