Worth noting that the Ducks came back from a 4-1 deficit to start the 3rd on Monday night against Winnipeg.

It Works Every Time

The Oilers hung tough for the first two periods with the Ducks on Wednesday, but three goals yielded in the third period ended up costing the Oilers two points in the standings. If you're the glass half full type, they took another big step toward securing another top prospect in this June's Draft Lottery Sweepstakes™. Again.

The Oilers face the Phoenix Coyotes tonight in the fifth and final meeting this year between the two clubs. Edmonton is 0-3-1 in the first four meetings. The Oilers can help play "spoiler" to Phoenix's bid for the playoffs, or they can put another brick in wall in their bid for the first overall pick in NHL Entry Draft. Again.

The Oilers are saying

"I think there are a lot of people in our market that were wondering if (the players) were going to start mailing it in. Believe me, I'm not going to sit here and accept losing games by a goal, but it's hard to critique that group when they're fighting so hard"

Credit where credit it is due. It's like watching a garbage fire when the team crumples in the third period, but they're at least making it interesting up to that point. Edmonton looked like the better team in the first period of Wednesday's caper, and it was a pleasant surprise to see Philip Larsen score the team's first goal. (nervous look towards liquor cabinet)

The Opponent is saying

"We are still out of the playoffs right now, but we all know how important these points are. So we have to make sure we win the rest and get in"

That's Coyotes forward Martin Hanzal doing some late season math work.
The Coyotes have five games remaining in the season. A clean sweep (5-0-0) would give the club 95 points and give them a very strong shot at making the playoffs Tripping up against the Oilers could not only throw a major wrench in Phoenix's postseason plans, it would probably be used as a benchmark in some late season playoff run speeches next year. "We're not going to give up two points this year like we did last year to the Oilers, are we?"
Have some of this 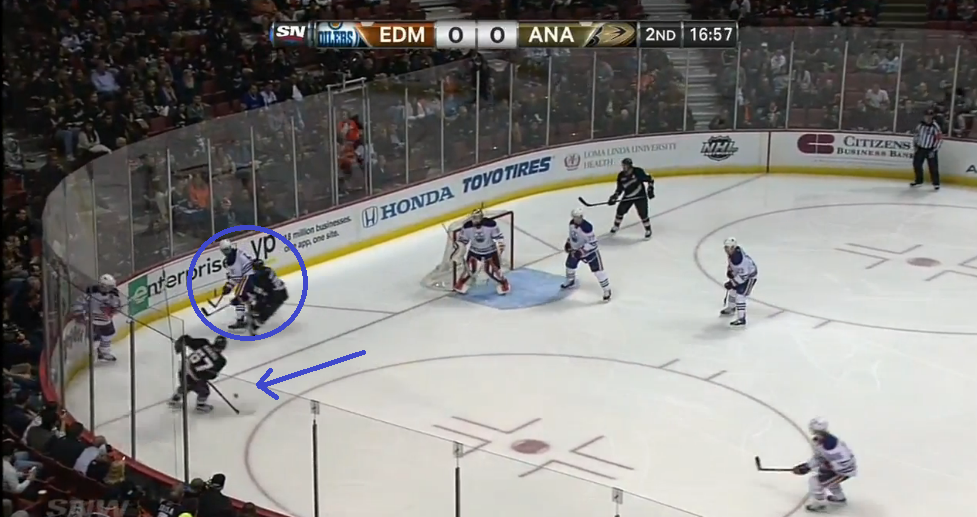