I spoke yesterday about Steve Tambellini's dominant performance in the quarter-finals, but Peter Pocklington was almost as dominant in yesterday's vote to set up their probably competitive match in the semi-finals. That one will run tomorrow, but first we'll determine our other finalist as underdog, Pat Quinn, takes on top seed Shayne Corson. Today, we'll talk a little bit about what could have been if each situation was just a little bit different.

What if Pat Quinn had competent goaltending? Not great goaltending, just middle-of-the-pack. The Oilers were a very bad team that year, but the combination of Nikolai Khabibulin, Devan Dubnyk, and Jeff Deslauriers were just awful, combining for a save percentage of just .898. The median that year was .909. That's a difference of thirty-one goals, or about ten points in the standings. Does a 72-point season save Quinn's job? Is it enough to move out of last place (the team in 29th had 74, but a -39 goal differential would be good enough for 26th)? Do the Oilers still go full rebuild? Or do they look for veteran help to complement their competent veteran NHL goaltender? I don't know the answer to these questions, but it seems like competent goaltending for Quinn would have changed the Oilers in some significant ways.

What if the Oilers traded Shayne Corson to San Jose? It was apparently a possibility at the trade deadline in 1995 with the rumored return consisting of Pat Falloon and Mike Rathje. Falloon was just 22 at the time, and though he'd had a very tough half-season through the lockout, his first three seasons had been pretty promising. Falloon had scored 140 points through 203 games in his first three seasons, numbers that look more impressive to modern eyes than they did at the time (he was 134th in points per game over those three seasons among players with at least 100 games played), but you can certainly see why the former second overall pick would have been attractive. Rathje was just 20 and went on to have a pretty good career, playing several seasons as a top four defenseman. Safe to say that the Oilers probably win that trade, but that it still doesn't come close to the actual return they got for Corson during the summer (Mike Grier and Curtis Joseph). 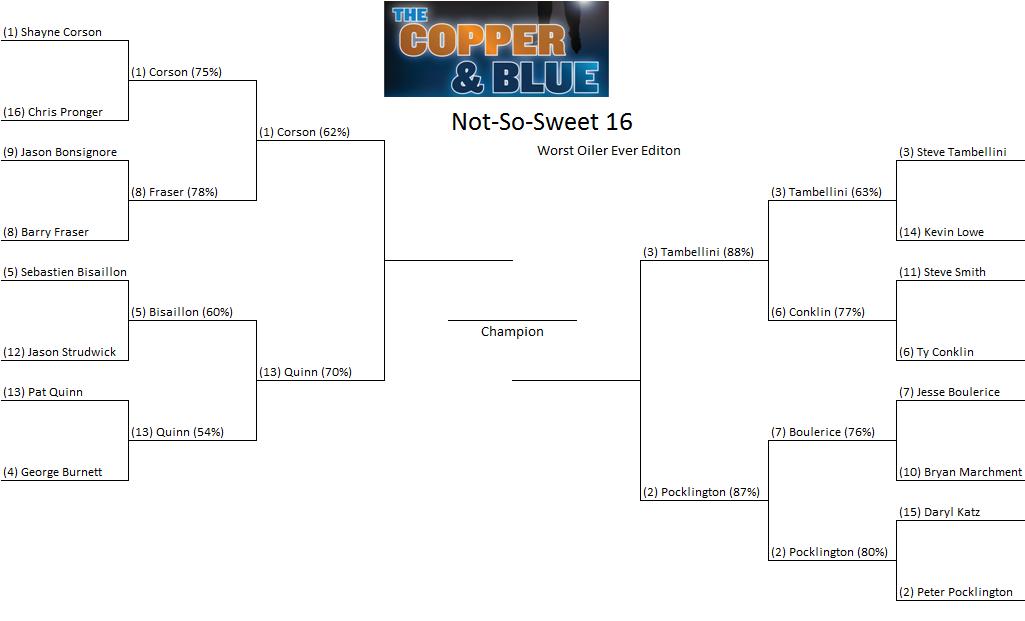