Steve Tambellini is a powerful man in this tournament, defeating Ty Conklin in the second round with 88% of the vote, the largest margin of victory in the tournament so far. Today, we'll be deciding on his opponent in the semi-finals, either former owner Peter Pocklington or pugilist Jesse Boulerice. But before the vote, a quick defense of each of the contenders.

He played exactly two games for the Oilers. Less than ten minutes of ice. Despite his reputation for hot-headed moments, he had exactly zero penalty minutes in those two games. There's no way that a guy who played two games during the middle of a season and did basically nothing in them should make it through to the semi-finals. If we look at what Jesse Boulerice did as an Oiler, it seems clear that Boulerice really wasn't that bad.

It probably isn't any fun to be one of Peter Pocklington's creditors, but that doesn't really make him a bad Oiler, and remembering him only for the bad things that happened during his tenure simply isn't fair. Peter Pocklington did some amazing things. First, when the Oilers were still in the WHA, he acquired Wayne Gretzky from former partner Nelson Skalbania who had signed Gretzky to a seven-year personal services contract. Then, to celebrate Wayne's birthday, they tore up that contract and Pocklington signed Gretzky to a twenty-one year personal services contract, ostensibly to protect Gretzky from either signing with the NHL or being moved to another team if there was a merger. That move proved prescient, as Pocklington and the other WHA owners used Gretzky's new contract as one of their major tools in negotiating a merger with the NHL. (Check out Bruce's excellent post for a more detailed account of the history.) Without Pocklington, then, it's possible that there would be no Gretzky in Edmonton, no NHL hockey in Edmonton, no Stanley Cups, and no fond memories of a dynasty in orange and blue. When you remember to consider the good along with the bad, it seems clear that Peter Pocklington really wasn't that bad. 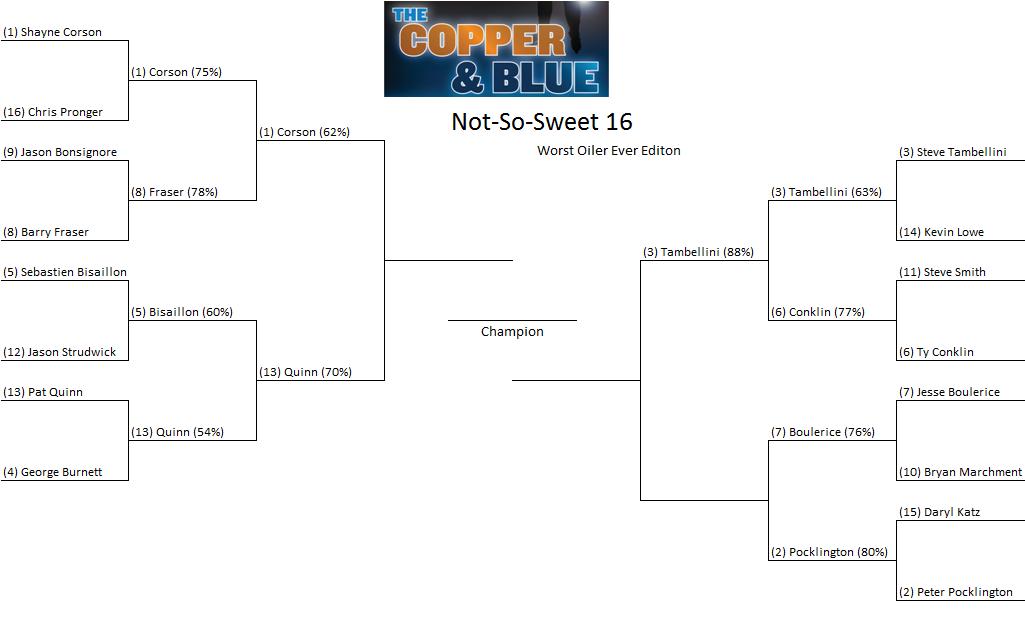