The Spirit of the Lord is among us,
for he has anointed us to bring good news to fans in need.
He has sent comfort to the heartbroken
and proclaims an end to our suffering.
It is time to tell those in mourning
that the time of God's favor has arrived!
All who still feel enough to shed a tear in Edmonton,
will soon be crowned with glory.
So let today be filled with joy instead of sadness,
for there is one who plays for the last time
that the Lord calls us to remember forever. 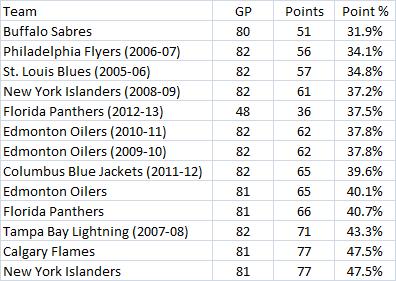 Visiting Team Scouting Report: There has been a whole lot of talk about what model the Edmonton Oilers are trying to follow. Is it the Blackhawks model? The Red Wings? The Penguins? Well, the Vancouver Canucks seem to be moving towards the Edmonton model in hiring Trevor Linden as their new Kevin Lowe. It's the kind of thing that seems like it could work in some situations, and I hope for Linden's sake that it does because when it goes sour it can go really sour. Just ask Kevin Lowe.