God will smash the heads of our enemies,
crushing the skulls of those who have harmed us.
The Lord says, "I will bring you to your enemies in San Jose,
I will bring them to you from the depths of the sea.
You, my people, will cleanse yourselves with their blood,
and even your twelfth forward will get his share." 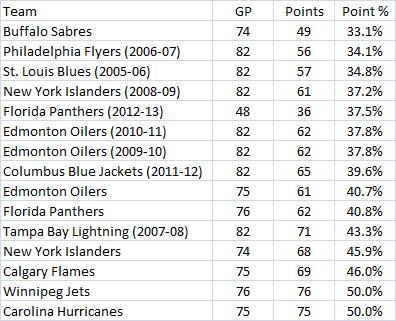 Visiting Team Scouting Report: The San Jose Sharks are a very good team. Tyler Dellow recently wrote an article about how many shots the Oilers have allowed since Ben Scrivens came to town. He discovered that a team gets 50 shots in a game once every 217 games, and that the Oilers were about 41 times more likely than the average team to allow 50 or more shots in a game that Scrivens started. The Sharks are basically the opposite of this. They've reached the 50-shot plateau six times this season (and had 49 on the weekend against Colorado). That makes for 50 shots in a game every 12.7 games or about 17 times more frequently than the average team. They'll have a great chance to make that number more impressive tonight against the Oilers.