The first round came to an end yesterday with Shayne Corson cruising to victory over Chris Pronger. For the second round, I'll try to offer a defense of each of the remaining contenders. After all, everyone has got some redeeming qualities!

He belonged to a different era by the time the 2009-10 season arrived, but Pat Quinn also didn't have the horses. His starting goaltender 37-year-old Nikolai Khabibulin and backup Jeff Deslauriers had played just ten NHL games. Did he play Jean-Francois Jacques on the first line? Yes. Was it a good call? No. But it's not like there was an ideal solution for that group of top nine forwards. If he went conventional, his best ten guys up front were probably Moreau, Cogliano, Comrie, Gagner, Horcoff, Nilsson, O'Sullivan, Hemsky, Penner, and Pisani. When you consider that half of thpse guys are now out of the league four years later, is failure really a surprise? Add to that Quinn's delightful phraseology and it seems clear that Pat Quinn really wasn't that bad.

Sebastien Bisaillon as an Oiler was a difficult thing, but calling Bisaillon the worst Oiler ever doesn't make any kind of sense even if we're speaking very narrowly. He may have been a more useful NHLer than several goons who spent many more games with the team. If he wasn't, we should remember that he was an emergency call-up, so it's not like anyone was pretending he was ready. His future difficulties as a pro aren't really fair to hold against him either when you consider that he dealt with a particularly horrific injury during his first pro season when "an opposing player accidentally stepped on the back on his leg and sliced him to the bone severing several tendons and ligaments in the process." That he came back from that at all should make him one of the most inspirational Oilers ever, not one of the worst. It seems clear that Sebastien Bisaillon really wasn't that bad. 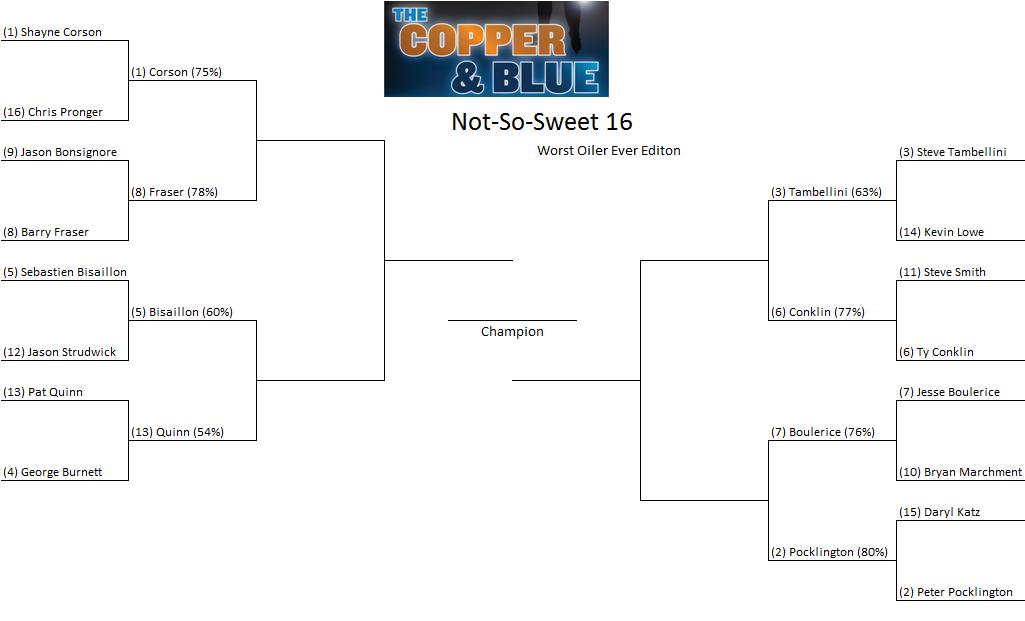