Yesterday's vote had Steve Tambellini beat up on Kevin Lowe, which seems like the right call to me. Today, we move up the food chain and look at a couple of men who sat in the owner's chair.

No owner is ever going to be perfect. I know that. You know that. We all know that. Not every owner is going to have his team find immediate success either. The Oilers have had by far their worst six-year period under Katz and that's been frustrating, but he's going to be around for a lot more than six seasons, and the club is likely going to start winning games eventually, although the letter he wrote to the fans didn't exactly work out the way he had hoped. Still, that's just one side of this. The other is the business side of things, which hasn't exactly been roses either. This whole new arena negotiation hasn't exactly gone smoothly and it seems possible that Katz's original commitment to put $100 million dollars into a new downtown arena as well as ponying up for a new practice facility at the U of A might have something to do with that. Many found his trip to Seattle (for which he apologized) and his desire to re-open negotiations to get more money without really articulating why rubbed many (including several city councilors) the wrong way.

Of course, the city and Katz did eventually come to an agreement. They're partners now, and we happen to be at the likely nadir of the relationship between Daryl Katz and fans of the team. This is likely to be much more amicable going forward. That's not the case for Peter Pocklington. He sold Gretzky, of course, but also got a lot of money in the Messier deal. The threats to move the Oilers at the end of his tenure seemed ever-present. As I've grown older and learned a bit more about Pocklington, it seems like he's always been in trouble for something and yet seems to have a real knack for avoiding the most serious consequences. In fact, I think the lead paragraph for this December 2013 story sums it up well:

Peter Pocklington will not begin serving a six-month prison sentence on Monday. The former Edmonton Oilers owner has appealed his conviction for breaching probation on a previous perjury conviction related to a bankruptcy fraud case. 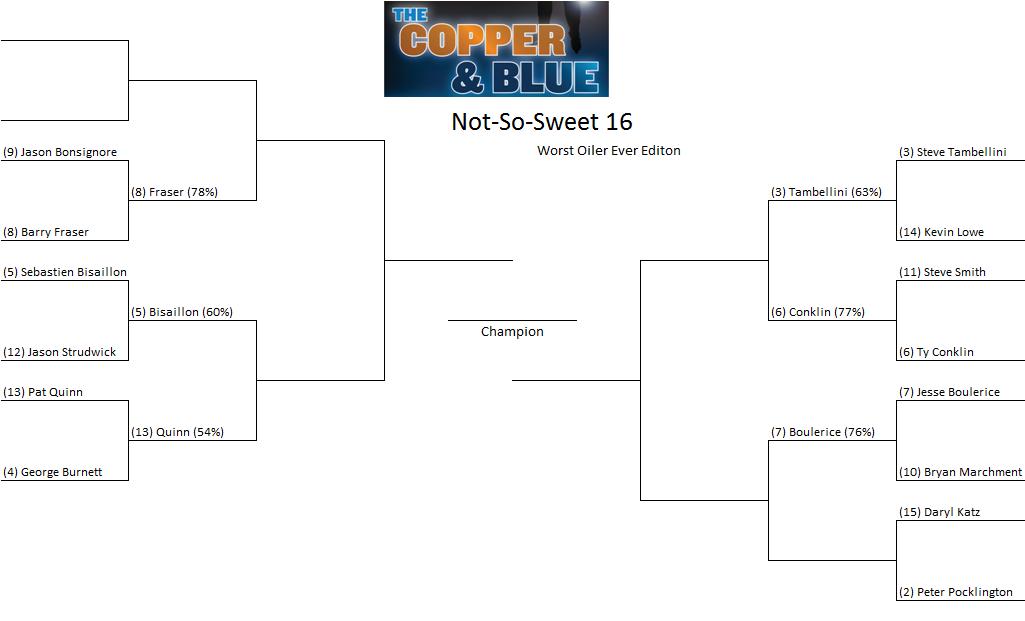