Yesterday's vote was easily the closest of the tournament so far and resulted in the tournament's first upset as Pat Quinn rolled into the second round with 54% of the vote. Today, I expect some folks will be disappointed to find the two people most responsible for the worst period in franchise history facing off. But you know what, it should be fun!

I'm going to say some bad things about Steve Tambellini, but I think it's important to remember who hired Steve Tambellini. It was this guy. Kevin Lowe could've hired any number of candidates, especially if he was willing to step out of hockey operations altogether. He wasn't willing, and the candidate he ended up with was awful. But the awful started a whole lot earlier. Kevin Lowe has been involved in hockey operations since the summer of 2000, so basically, for every season since the league expanded to thirty teams. There are many ways of measuring success over that time. The Oilers have, for example, made the playoffs three times over those thirteen seasons. But how have they done in terms of standings points relative to the rest of the league? Not all that well: 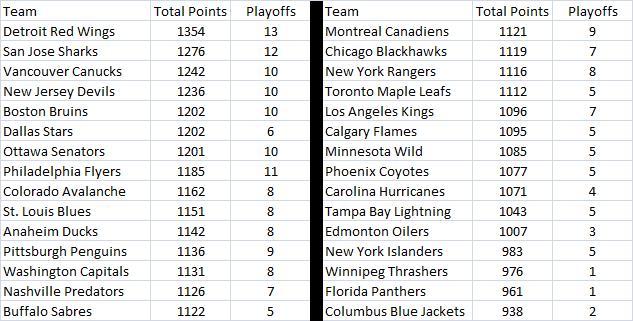 So that makes four franchises with fewer points than the Oilers during Kevin Lowe's tenure, and three franchises with fewer playoff appearances. I know that Kevin Lowe was a very good player, an important contributor to several Stanley Cups, and a nice bridge player on the team that returned to the playoffs in 1997. But do his playing days really trump this?

Unlike Kevin Lowe, it's basically impossible to find any redeeming qualities from Steve Tambellini's time with the Oilers. I don't need to put up a chart to show you Tambellini's performance relative to the rest of the league because it's so obvious that his team was the worst. The string of mistakes is so bad that you can trace it through this tournament. Was it embarrassing that Jesse Boulerice played for the Oilers? Steve Tambellini brought him in. Was Pat Quinn an awful choice as head coach? That was Tambellini's guy. Was Jason Strudwick an acceptable NHL defenseman? Steve Tambellini sure thought so. Nikolai Khabibulin. Patrick O'Sullivan. Cam Barker. Darcy Hordichuk. Brodziak, Gilbert, Cogliano, Visnovsky for picks, Schultz, picks, Whitney. I think you get it. This is a competition to decided on the absolute worst. Steve Tambellini will win. It's what he's best at. 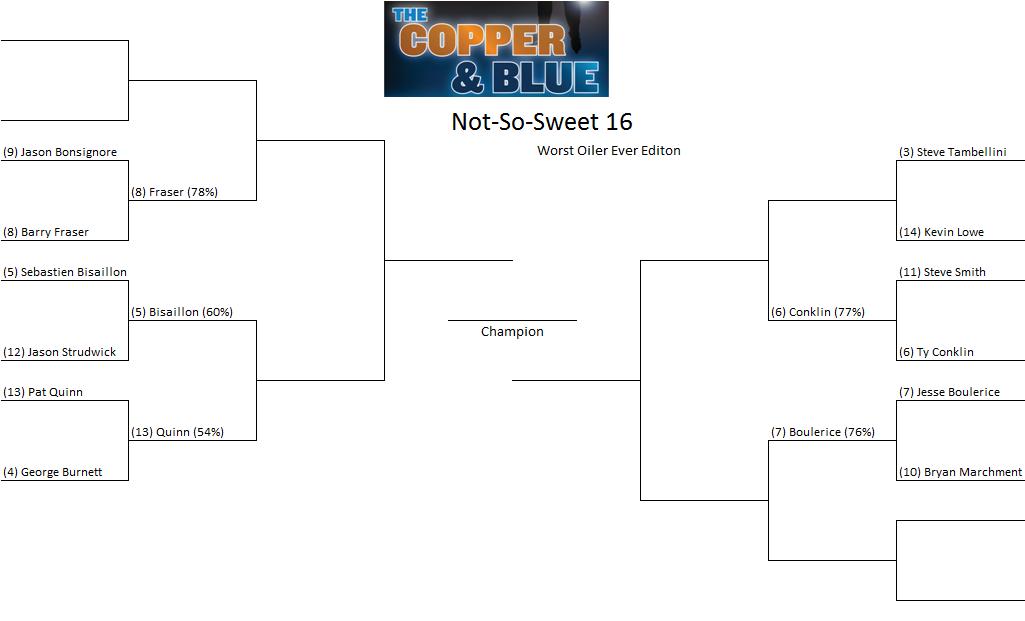