In yesterday's contest, Ty Conklin became the third player to move into the second round with over 70% of the vote in a battle of two players who cost the Oilers dearly in their chase for the Stanley Cup. Today, we've got two players who never came close to having that opportunity.

Is Jason Strudwick the worst hockey player to ever play at least 100 games with the team? That's why I picked him for the tournament, but I could see some of our readers arguing the point. He seems like a great guy, and that "good in the room" reputation is likely why he played as long as he did. Still, that doesn't make him a capable hockey player. We saw evidence of that many times over, and perhaps never better than during The Shift.

Bisaillon played just two games for the Oilers during the halcyon days of the original death march. It seems like we've had an awful lot of terrible since that 2006-07 season, but in some ways that year still represents rock bottom. Sebastien Bisaillon might be one of those ways. I'll be interested to hear whether or not our readers think I've picked the right guy, but Bisaillon might be the worst player to ever suit up for the Oilers. There are other candidates, but Bisaillon really stands out for a couple of reasons. First, he was just 20 years old when he played for the Oilers, who called him up straight from the QMJHL. It would be like Kurtis Mucha actually getting the start instead of serving as emergency back-up... except that Mucha might end up with the better pro career. Bisaillon's North American pro seasons were always split between the AHL and ECHL, and the best European league he played in was Germany's. 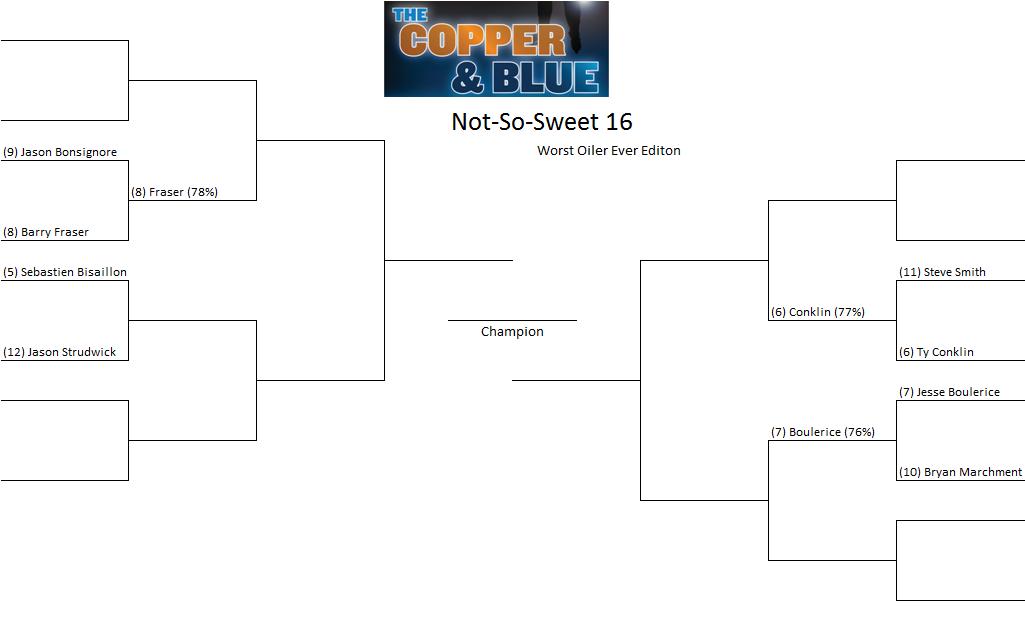