In the last match, Jesse Boulerice cruised into the second round, beating Bryan Marchment with 76% of the vote. In today's contest, we've got two players who played several seasons with the Oilers, but whose presence in this tournament is based largely on a single mistake. There were other gaffes from both players, no doubt, and Steve Smith's recent coaching career could turn a little bit more of the vote against him, but he was also the much bigger (positive) contributor to the team as a player. Both goals against didn't lose the game, but... they both kind of did. And they were both painful. Really, I think this comes down to which of these two plays is more painful for you. 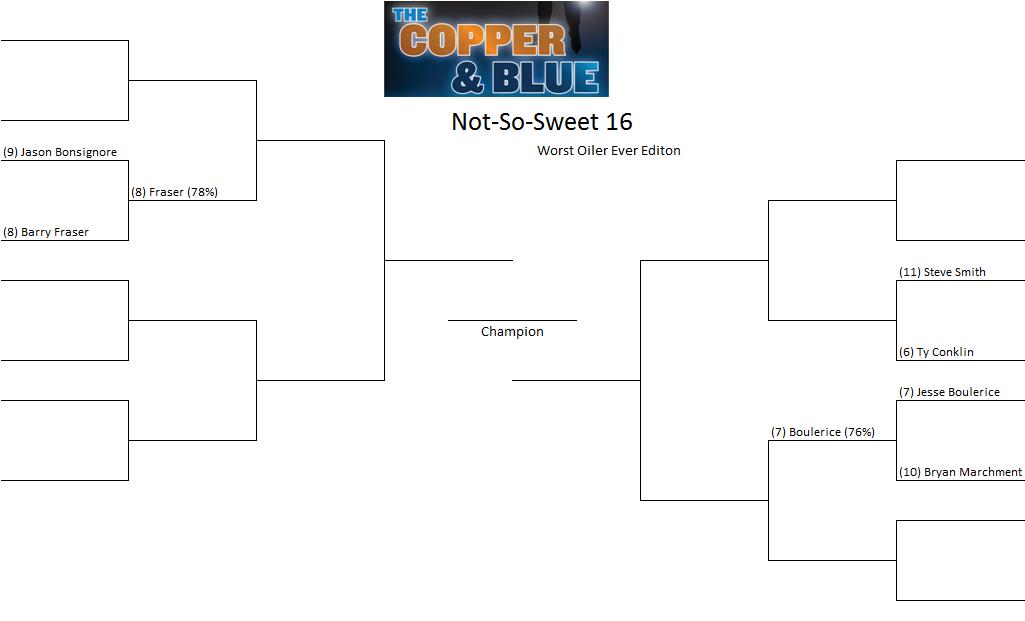