The tournament began with Barry Fraser taking out Jason Bonsignore to claim his spot in the second round, and give non-players a 1-0 lead. Today, we've got two guys who actually played the games going head-to-head for the next spot in the quarterfinals.

I learned something about myself from Bryan Marchment. Marchment played for the Oilers from 1994 to 1997 (and was part of the trade that sent Bonsignore to Tampa Bay). I was eleven years old at the start of his run, and when I'd talk with folks who were fans of other teams, they'd tell me how dirty Marchment was, and I'd defend him. Put Mike Modano out for a month by sticking out his knee? "That's just the kind of hard-nosed hockey Marchment plays! Even the Dallas coach said so!" And it's at least kind of true even if it isn't much of a defense. During a 1998 interview with Sports Illustrated, Marchment explained his penchant for kneeing: "Your brain's telling you to stick your leg out because he'll get by you, have a breakaway, make you look like an idiot. If that's something dirty, so be it." Not such a good defense after about one second of thought. Looking back, I see now that Bryan Marchment made me (and plenty of others) the kind of intolerable hockey fan that's totally deserving of mockery while he was with the team.

While my own attitude toward the safety of others is embarrassing when I look back on Marchment's time with the Oilers, the club claiming Jesse Boulerice off waivers was deserving of a facepalm from the very start. He was once suspended for a year from the OHL for swinging his stick at Andrew Long's head, and was suspended several more times in pro hockey for plays that everyone (including Don Cherry) agrees are awful. I can understand giving a second chance, but this is a player who'd had plenty and showed that he wasn't learning. But even setting that aside, he was never a capable NHL player, and certainly not at 30 years old when the Oilers grabbed him. As a fan, claiming him was a low point. Thankfully, he lasted just two games with the Oilers. 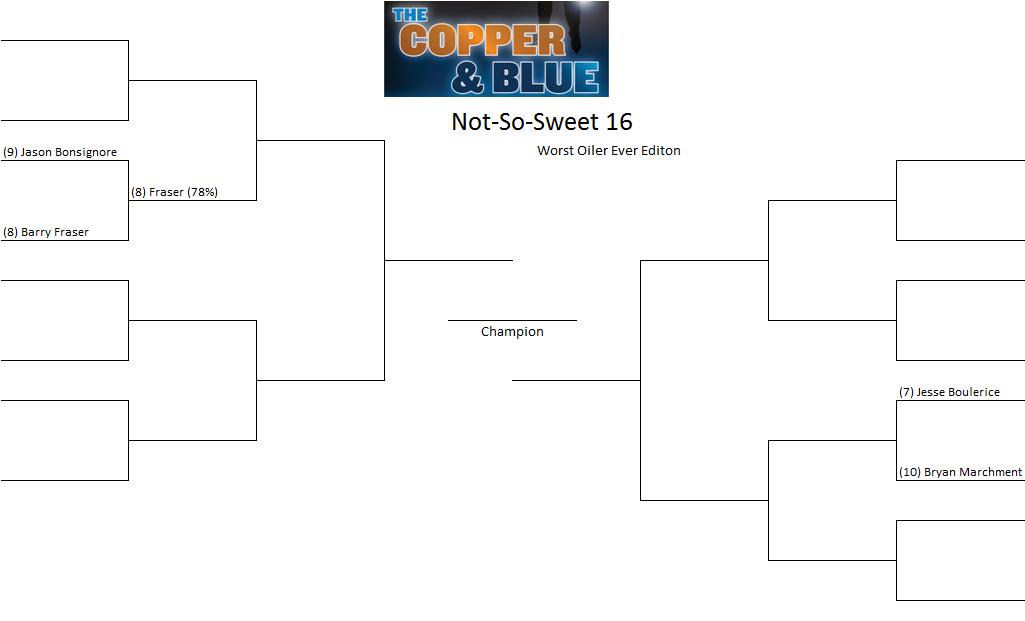