Detroit stayed in the Western Conference for some time, but waved good-bye to its adversaries when an opportunity came to move on. They made sure to win one more playoff series on their way out and then left for the East where they expected to dominate.

Visiting Team Scouting Report: The Detroit Red Wings find themselves in the unfamiliar position of fighting just to make the playoffs. They're currently sitting in ninth in the East, two points behind Philadelphia for the last spot. One of the problems has been their record beyond regulation, but it hasn't actually impacted their place in the standings as much as it has who they're chasing. Here's a quick look at what the standings would look like in the East if ties in regulation simply counted as ties: 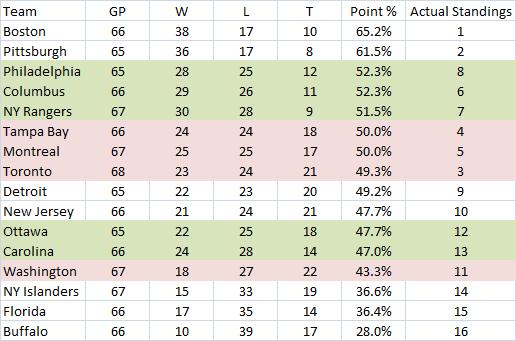