My Favorite Team From The Oilers' Dark Ages

The biggest letdown was my favorite

Share All sharing options for: My Favorite Team From The Oilers' Dark Ages

29-44-9.  The final record of the 2013-14 Edmonton Oilers.  28th in the league standings.  28th in the league in possession.  They iced what is likely the worst defense in the team's history, especially impressive considering the team played Jason Strudwick, yes this Jason Strudwick, for 143 games over the course of two seasons.  They were supposed to be better - they finally got rid of The Great Assessor and added a bright guy in the front office.  Things didn't go as well as hoped in the off-season and progressed to "Oh no, not again!" relatively quickly.  If anything, the team was a huge disappointment, which is quite an accomplishment considering the previous seven seasons.

As it had been since 2006, there they were, plodding along to the finish line like a fat man trying to finish a hike, feet covered in blisters, legs covered in thistles, waist band of his stretchy shorts home to a bio-hazardous petri dish fueled by roll sweat, hoping upon hope that someone will come along and carry him to the end.

And yet, last year's team was my favorite team from the current Oilers' epoch. 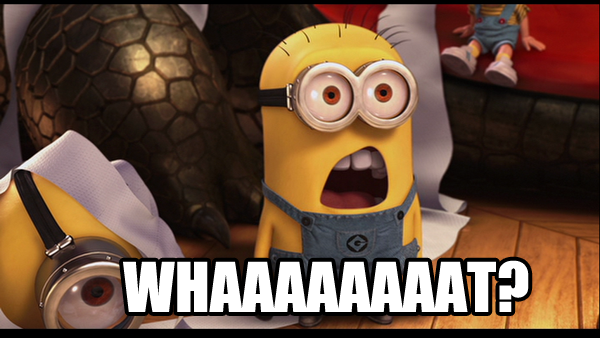 It's rare that a team is built as perfectly as the 2013-14 Edmonton Oilers.  The team was incredibly young, full of entry-level players and and quickly-promoted draft picks.  The team had muscle - they broke training camp with multiple goons on the NHL roster and big forwards with more size than game.  The team added grit during the season with a big, mean, hit-first defender and a defense-only 4th line centre, and managed to deal away a reclusive, quite, oft-injured, fancy-skating forward at the same time.  The new hardest-working Captain was a local boy, said all of the right things, was lauded for his leadership and ability to work a locker room while being tasked with creating a winning culture.

In other words the 2013-14 Edmonton Oilers were the beat writer's dream team.  Except for his inability to deliver David Clarkson, Craig MacTavish finally gave the sportswriters that cover the Edmonton Oilers everything they wanted, and the team was brutal.  The schadenfreude is overwhelming.

The sports writers cheered the first rebuild and then Steve Tambellini signing, cheered the Joni Pitkanen trade, cheered the Erik Cole trade, praised the Nikolai Khabibulin signing based on his Stanley Cup five years prior, guaranteed Jeff Deslauriers' future, toed the company line on the various stages of the second and third rebuilds, lied about the moribund play of Ryan Whitney, stabbed nearly every departed player in the back, sent out a constant call in all media vehicles for more grit, called Cam Barker a reliable defenseman who could protect Jeff Petry, cheered the trade of Tom Gilbert and for Nick Schultz, pleaded for more goons, purposefully confused Shawn Horcoff's cap hit and salary, failed to ever question management unless it was about goons or grit, listed Jesse Joensuu's upside as Johan Franzen, and waged a deceitful and insidious campaign to sully Ales Hemsky's reputation.  And I'm skipping over significant story lines the writers pulled out of thin air.

When they finally got what they wanted, the team that locker room quid pro quo built was absolutely terrible.  To make things even better, if you weren't a sports writer that is, the new Oilers coach perfectly described short-comings in the way the team's sports writers think about the game:

Spector: "It wasn't a particularly phsyical game. For instance, Kassian talking about he didn't find himself on his backside very often. Your team wins when they've got the puck, when they play the way they did in the third period, for sure. Is that enough for you? You're happy with that amount of physicality?"
Eakins: "Well, Mark, do you know what the perfect game is? The perfect game is no hits. Do you know why that is?"
Spector: *Shrugs*
Eakins: "It's because you have the puck. You don't have to hit anybody, you have the puck. I don't know. Stat sheet said we out him them 28-13. Would I have liked more hits? I don't know. I thought we were good tonight. If you're maybe alluding to retribution on Kassian, is that what you're going after? I'm trying to wonder why you picked Kassian."
Spector: "Well there's a guy that came in here and run your team's show. I thought maybe someone not necessarily fight him, but at least hit him."
Eakins: "He ran our show tonight?"
Spector: "Not tonight, but in the past he has, sure."
Eakins: "Oh. Well, you're entitled to your opinion, I thought our guys played a good game. To go out of our way in a close game to go seek retribution and take a dumb penalty, I'm not sure how that helps us. Is that what you're alluding to? I'm curious. I'm really curious."
Spector: "This guy's got to get the work done. I'm saying hit somebody, anybody. This isn't a physical team. And tonight in a game that was, you know they had the first half of the game pretty well, your team did not hit alot of people."
Eakins: "Oh. Well, we'll try to up that to 40-13. Would that be better for you? Or would 40 not be enough? 60?"
Spector: *Shrugs*
Eakins: "No, I'm asking you."

Eakins then rolls his eyes at the inanity.

The writers worked for eight years and carefully created the blueprints to a truly awful NHL team:  teenagers and "our kids", overpaid veterans with "heart" and "grit" over skillful players, cliches over talent and attempt over ability and we should all celebrate the results.  It's incredibly rare for sociologists, psychologists, economists and management scientists to conduct large-scale experiments on real people and companies, but here we have all of that rolled up into one and it was awesome.  Awesomely bad, sure, but awesome nonetheless.

Mark this team down in the history books:  we should forever cherish the 2013-14 Edmonton Oilers as the grand experiment that disproved the beat writers theory of everything.