12 games into his time in Edmonton, I noted that David Perron was on a career-best stretch of shots on goal.  7 games later, and again in his next game, Perron hit new career segment highs.  I've updated the chart to show Perron's rolling shots on goal per 12 games: 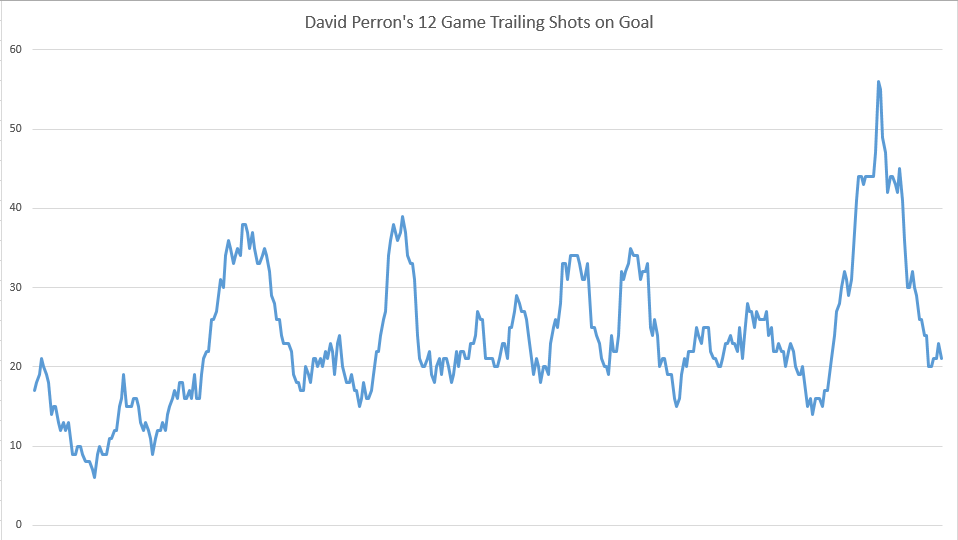 The 12-game high of 56 shots and his 80 shots in 20 games was a truly remarkable run for the left winger.

Combine Perron's curious shots on goal pop with the peak age of forwards in the NHL and the propensity for shot rates to decrease with age, and we've seen a brief, albeit amazing peak.  While Perron has been outstanding for a completely dismal team this season, sadly, the odds are unimaginably long that Perron plays at this level ever again.