It's That Time Again: The Mythical Power Forward

Alex Ovechkin has always been the solitary figure in the mists of power forward land. Is he getting company?

Share All sharing options for: It's That Time Again: The Mythical Power Forward

I've looked at the mythical beast for the past few years and found that it's Ovechkin and some big guys that can sometimes put a solid season together and make the list. 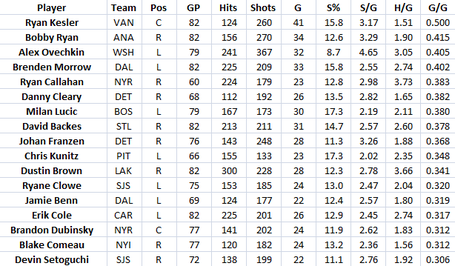 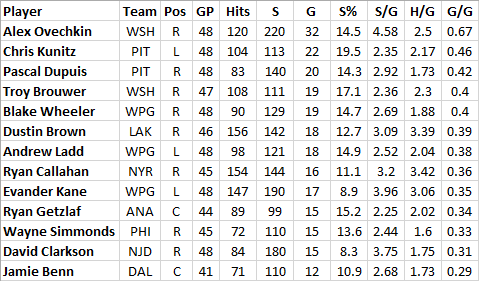 I have a running conclusion about the traditional Power Forward:

...there were 85 "power forward" seasons by 46 different players during the last seven seasons.

Even the players that just flirt with the list now and again, Clarkson and Lucic, are landing enormous contracts. These types of seasons have a very low rate of repeatability. The players that aren't named Ovechkin (and now maybe Benn and Callahan) depend on high shooting percentages to accumulate goals. When those percentages regress, those forwards drop from the list. Put simply, the traditional "power forward" is almost a myth.