The Edmonton Oilers have signed first-round pick Darnell Nurse to a three-year entry-level contract. The news shouldn't come as a surprise (Nurse's signing means that nine of the top ten picks have already been signed), and is absolutely the right decision. Assuming Nurse doesn't make the team this season, signing him now provides the Oilers a small cap advantage when compared to giving him the same contract a year or two from now because of the way the league counts signing bonuses.

Here's the list of top-ten picks from the last three years with any significant contract departures highlighted: 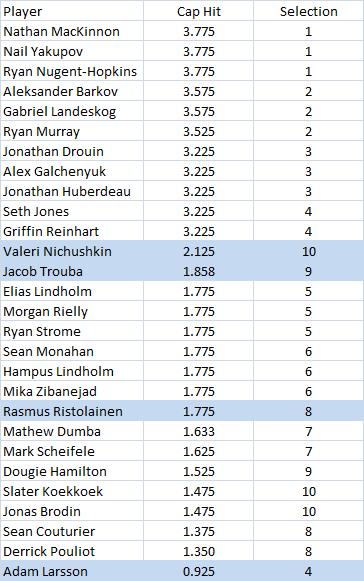 Giving Nurse $1.775M would represent a small bump on what the two previous seventh overall picks received, but would equal the eighth overall pick from this year's draft. I'd be pretty surprised to see him get any other number, and very surprised if it comes in north of my estimate.

As for Nurse's potential as a player, check out some of our previous articles: