Mike Brown has a tendency to get caught on the ice for long shifts.

Mike Brown played 11:05 in the Oilers loss to the Red Wings last night. Read that again. A career goon with no discernible NHL skill played 11:05 in an NHL game. Below is his shift chart from the game. 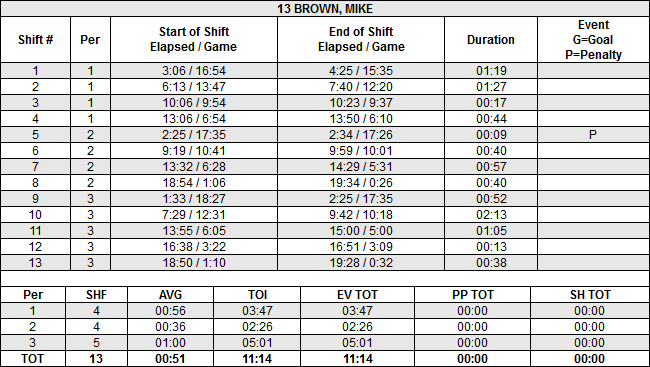 He officially played 13 shifts, but we can eliminate the 5th shift - it was ended by a penalty. So Brown had 12 shifts that totaled 11:05. Brown averaged 55 seconds per shift.