Oilers Failing At The Little Things

Sometimes, the devil is in the details.

Share All sharing options for: Oilers Failing At The Little Things

Dawgbone has written about the bad habits invovled in shot blocking outside of the prime scoring area a number of times:

The shot block, when done properly, is a useful defensive tool to help keep the puck to the outside of the zone and away from the goaltender. Conversely, when it`s done poorly it can result in pucks going into the back of your net that otherwise wouldn`t have.

And he's called out Ladislav Smid for being Devan Dubnyk's worst nightmare in this regard:

As the shot comes in, Smid completely abandons Marchand and tries to step into the shot block. Marchand casually reaches forward and tips the puck past Dubnyk. The Oilers give up a goal on a shot that really had no chance to go in the net.

As I watched Jared Spurgeon's goal in the Oilers' 4-2 loss to Minnesota on March 3rd, I was immediately reminded of dawgbone's article on shot blocking. Watch the video below:

Note Smid's play on the goal. He's caught in no-man's land, above the hash marks, and not marking a man: 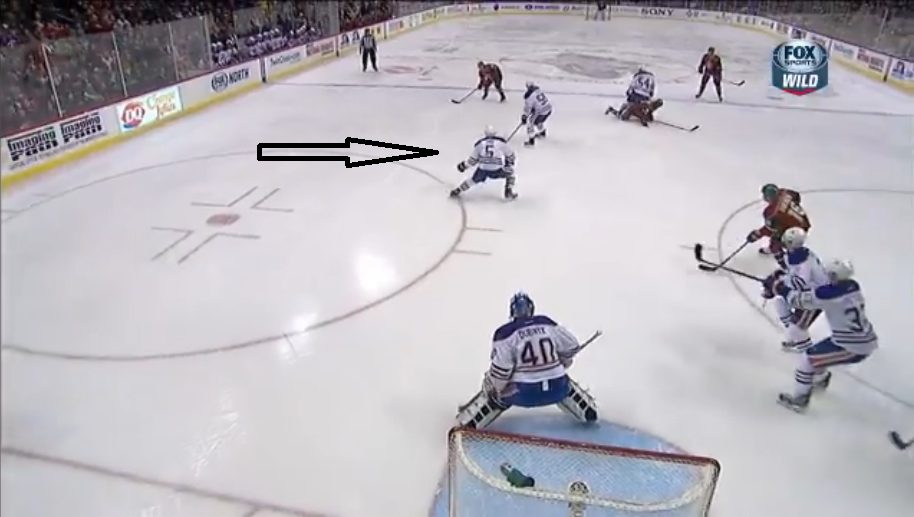 Smid decides to go for the shot block, but all he does is block Dubnyk's view. Dubnyk snaps his head to the right to try and look around Smid, because Smid's positioning creates a perfect screen for Spurgeon. 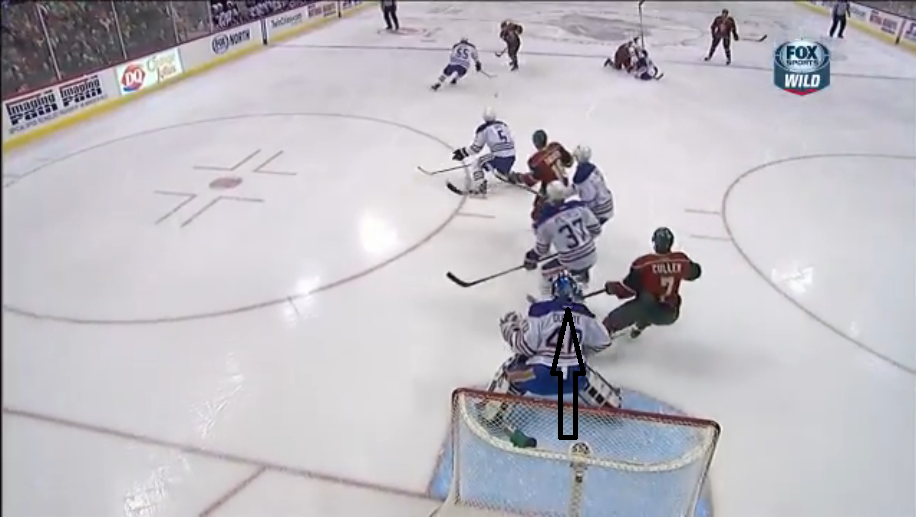 Notice Dubnyk's head here. Looking around Smid to the right, directly into the path of the oncoming screens. Smid has created a more effective screen than either Wild player. Smid is lauded in many camps for his shot-blocking abilities, and his one-sided padding is considered his knightly suit of armor. But he has a nasty habit of screening his own goalie that has to end.

Though this sequence captured my attention because of Smid's screen, the screen isn't the only HUA committed by the Oilers in these two frames, and I noticed it as I was going through the frame-by-frame. Note Eager's position relative to Spurgeon as Spurgeon prepares his wrist shot below: 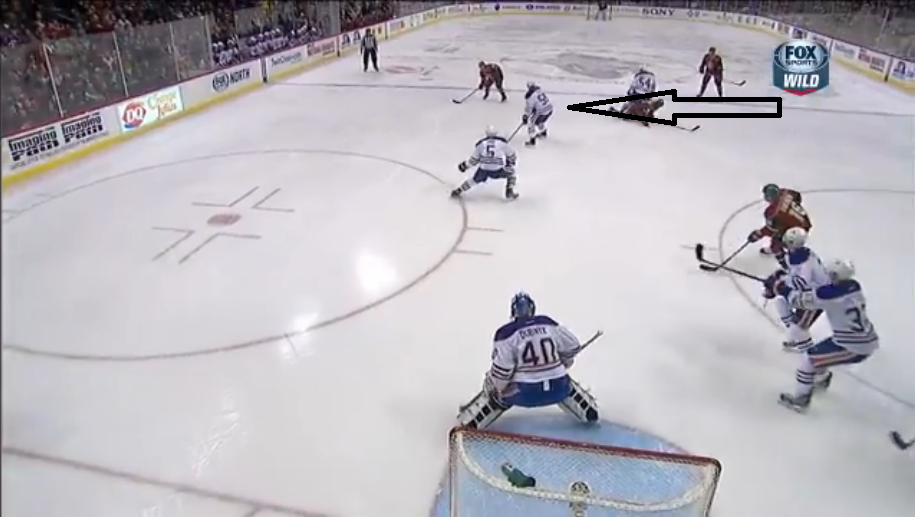 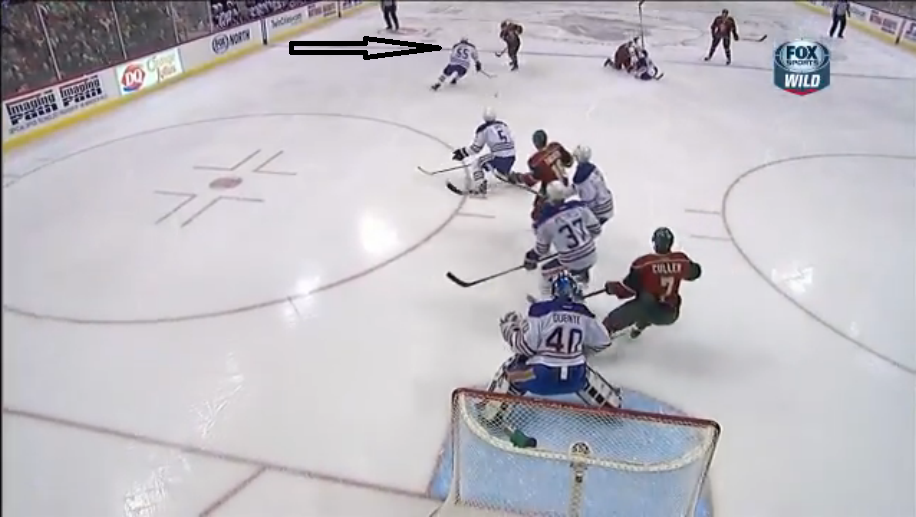 Eager skates by the shooter! It's more comical at full speed in the clip above. Eager pursues Spurgeon at the top of the zone, then keeps on going. The guy who has a chance to block the shot with his feet or even clear the zone with a block/deflection ignores the shot. It's a bizarre HUA. There's no one to Spurgeon's right, so Eager isn't going to a player, and unless Eager is able to tear the fabric of spacetime, he can't get to the far wall in time to prevent Spurgeon from dumping the puck in behind the net. So the question is: what in the world is Ben Eager doing?

The larger lesson here is that the being a bad team isn't just a matter of some meta-problem of not having the talent to keep up real NHL teams (though, to a large extent it's true), the Oilers are actively shooting themselves in the foot by making poor decisions.