Which goaltender was worse: Craig Billington or Damian Rhodes?

In yesterday's vote, Andrew Raycroft was absolutely dominant against Brian Boucher. Today is the last first round match (feel free to let me know who's missing from this tournament) and the #1 seed, Craig Billington, will try to match that dominance taking on Damian Rhodes. Both of these goalies had some pretty terrible numbers as starting goaltenders for expansion teams. On the one hand, maybe you give them some slack for playing on expansion teams. On the other hand, maybe there was a reason that these guys were available to these teams.

Rhodes started his career reasonably well, but after being traded to Ottawa in January of 1996, things started to fall apart a little bit. For those who don't remember, that 1995-96 team was the last year Ottawa was really bad; from 1996-97 to 1998-99 the team had a combined record of 109-92-45 (that last number is ties!), but just 55-52-28 when Rhodes, their starter, was between the pipes. Rhodes was then traded to Atlanta where he had a hard time taking starts from the likes of Norm Maracle and Milan Hnilicka before having hernia surgery in March of 2002, which subsequently ended his career.

Here's how Rhodes compares to league average and to his teammates in every season he played at least 20 games:

Craig Billington is an interesting cat. He's got a few seasons where he performed well relative to the rest of the league, and then several seasons where he was just terrible relative to the rest of the league. As I mentioned earlier, it's tempting to cut Ottawa's second-ever starting goaltender some slack, but then you realize that he was outplayed by a guy like Darrin Madeley, and that desire just melts away. Whether it's relative to the league, or relative to his teammates, is about as bad as it gets in this tournament with the worst and second-worst scores (only Brian Boucher's terrible record compared to his back-ups prevents the double-double). I don't think I'd have gotten many people saying "Craig Billington" when simply asked who has been the worst NHL goalie since 1979, but I do think he makes a formidable #1 seed.

Here's how Billington compares to league average and to his teammates in every season he played at least 20 games: 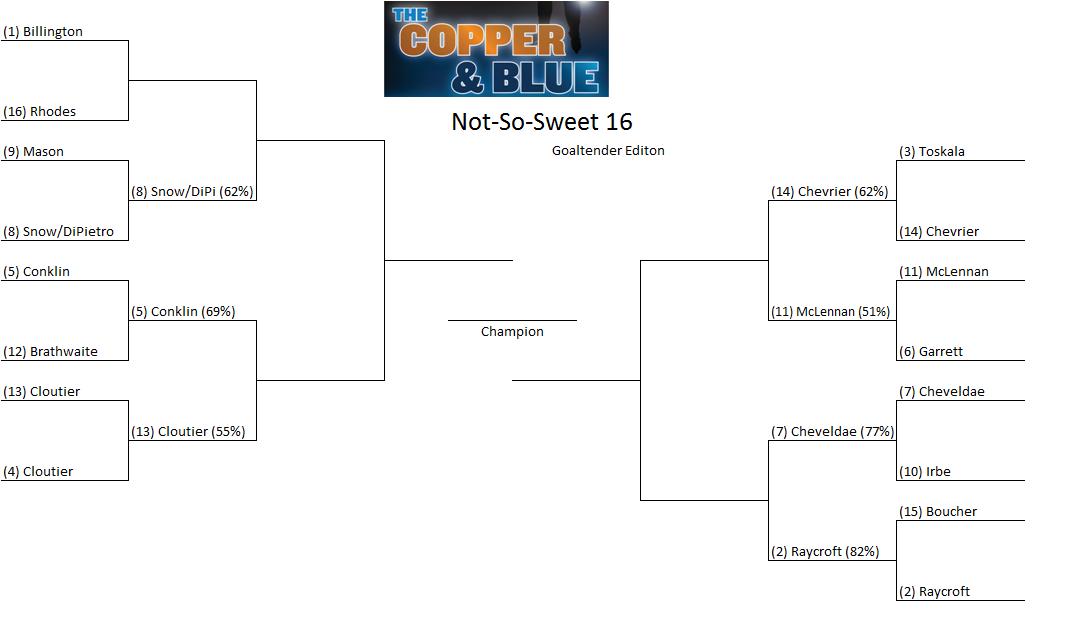