Which goaltender was worse: Andrew Raycroft or Brian Boucher?

In yesterday's vote, we saw another terrible goaltender from the 1980's defeat one of the more notable goaltenders of the last decade as Vesa Toskala was unceremoniously booted from the tournament. Today, we have two goalies who have played (and are playing) in the same era, which makes comparison a little bit easier. We also have two goalies with some notable positive accomplishments, proving once again that figuring out goaltenders requires an advanced degree in divination.

Boucher has had a lengthy NHL career thanks in part to performing well when his contract is up for renewal. A quick glance at the chart below shows that his above-average performances have come in 2008-09 and 2010-11, his last two contract years. He's in a contract year again this season, and it looks like the 36-year-old might have finally run out of highway with poor numbers in just four games. Boucher is, of course, also famous for having the longest shut-out streak in modern NHL history. That a demonstrably below average goaltender holds that record is, in a word, hilarious, and is also a great illustration of how almost anything can happen in a sample the size of a playoff series.

Here's how Boucher compares to league average and to his teammates in every season he played at least 20 games:

Poor John Ferguson Jr. Yesterday I profiled Vesa Tosakla who was a reasonable NHL goaltender until the day Ferguson traded for him. Today I'm profiling Andrew Raycroft who had one excellent and one terrible season before coming to Toronto. Ferguson's inability to find a goaltender is the main reason he lost his job with the Leafs, and though his other moves were a long way from fantastic, he probably could have made the playoffs with a better man between the pipes, and even though Raycroft was the rookie of the year in his first NHL season, he definitely wasn't the man for the job.

Here's how Raycroft compares to league average and to his teammates in every season he played at least 20 games: 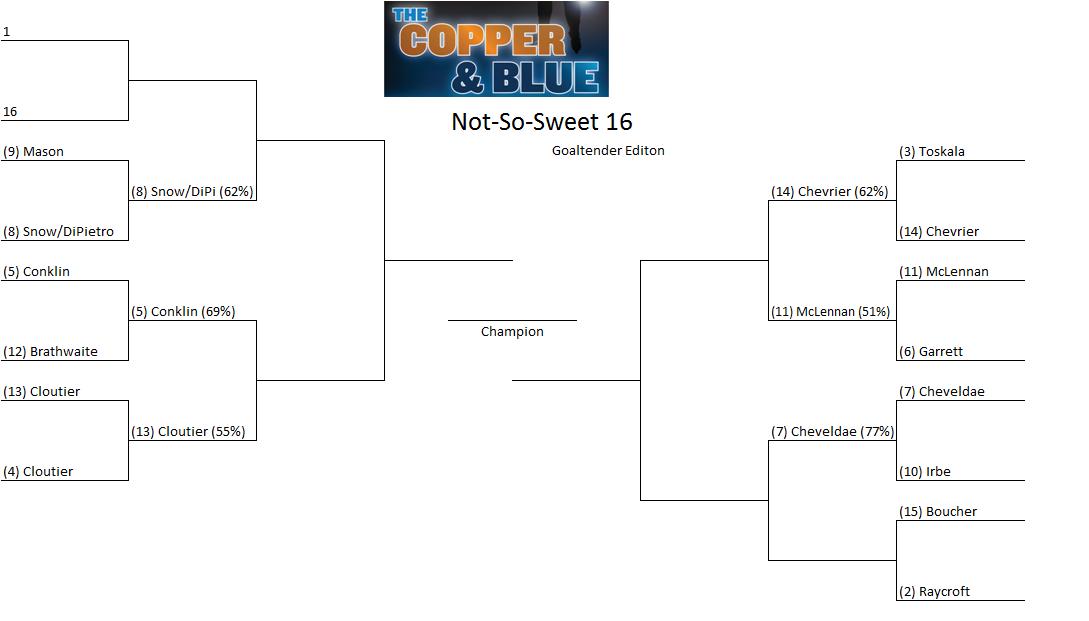