Which goaltender was worse: Vesa Toskala or Alain Chevrier?

In yesterday's match-up, Jacques Cloutier was able to overcome the fact that not many had seen his...um... work... in order to send one of the top four seeds packing. Today, Alain Chevrier will try to do the same thing to another famously bad modern goaltender in Vesa Toskala.

I mentioned yesterday that Jacques Cloutier was one of just two goaltenders in the tournament who was worse than league average in terms of save percentage in every season that he played at least twenty games. The other one of these rare animals is Alain Chevrier. Now, Chevrier didn't stay around the league quite as long, but he was a starting goaltender for five consecutive seasons, which is just plain shocking. That run ended for him after he lost the starting job in Chicago to Jacques Cloutier, and that right there pretty much tells you all you need to know.

Here's how Chevrier compares to league average and to his teammates in every season he played at least 20 games:

Much like Dan Cloutier yesterday, Vesa Toskala is running on the fact that his terrible play is more recent. Toskala was actually a pretty decent goalie for the first few years of his career, but after he got traded to Toronto, he was the worst regular goaltender in the NHL if we rely exclusively on save percentage (narrowly "beating" Chris Osgood). Of course, we shouldn't judge by just one statistic, and the big problem for Toskala was an .833 save percentage on the PK over those three seasons. It does seem at least possible that some of the blame for those atrocious seasons belongs on Toronto's PK unit. If you're a believer in shot quality making a big difference in the modern game, Vesa Toskala and the Toronto Maple Leafs might make for an interesting case study.

Here's how Toskala compares to league average and to his teammates in every season he played at least 20 games: 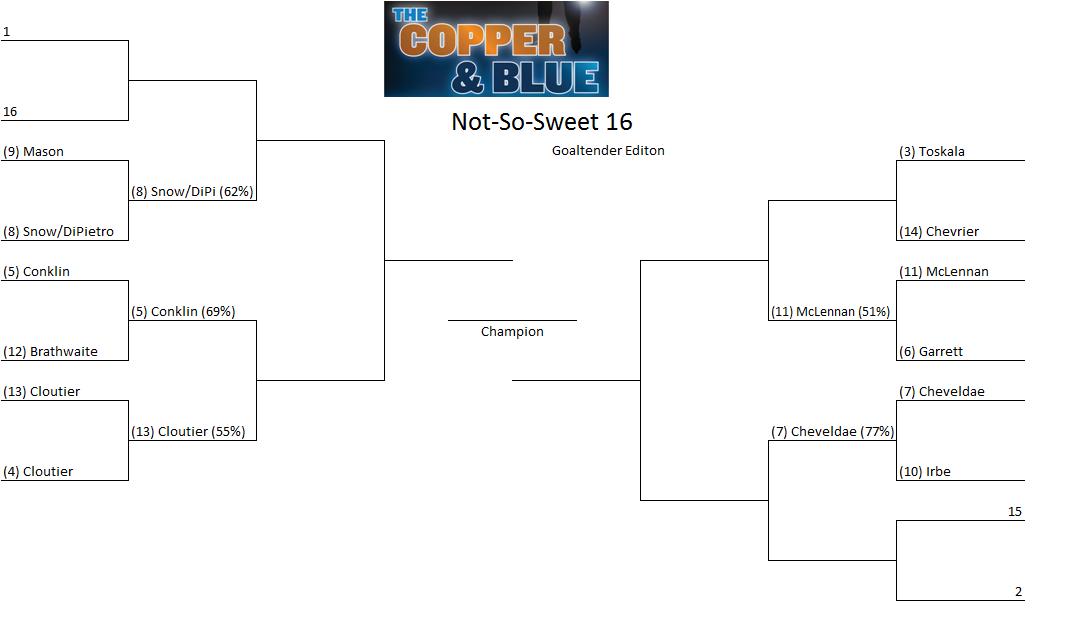