Which goaltender was worse: Dan Cloutier or Jacques Cloutier?

It didn't come as much of a shock that Ty Conklin dominated in the first round, moving on with 69% of the vote. Today, we'll find out who his more formidable second round opponent will be. The seeds suggest a large gap, but these two Cloutiers are both really, really bad. Dan has the advantage of most of our readers having seen his awful play, but Jacques actually has the inferior statistical performance.

Recentism is the major reason that I don't have Jacques Cloutier seeded higher. A good chunk of our readership will have never seen him play, and that makes him a difficult guy to vote for. That said, the evidence for his inferior goaltending ability is overwhelming. Cloutier is one of just two goaltenders in this tournament to be worse than league average in every season he played at least twenty games. He didn't come into the league and have a streak of luck that kept him around on reputation; he didn't find one really stubborn coach who just liked him and kept him around for a decade; and he didn't generally outplay his own teammates. He was just a really bad goalie who managed to play for three different teams over eleven NHL seasons. Despite the low seed, I really think that Jacques Cloutier has a chance to win this tournament.

As a fan of the Edmonton Oilers, Dan Cloutier's horrible goaltending brings a smirk more than anything else. I don't think that Vancouver was ever so good that they should have won a Stanley Cup while Cloutier was there, but Dan always made it so that there was never any reason to be concerned. Cloutier was a stone cold lock to make a horrible gaffe that would soon show up on the internet with the puck replaced by a beach ball. It was fantastic. That the Canucks recently hired Cloutier as a goaltending consultant actually gives me reassurance as we head to another spring with the Canucks knocking on the door. 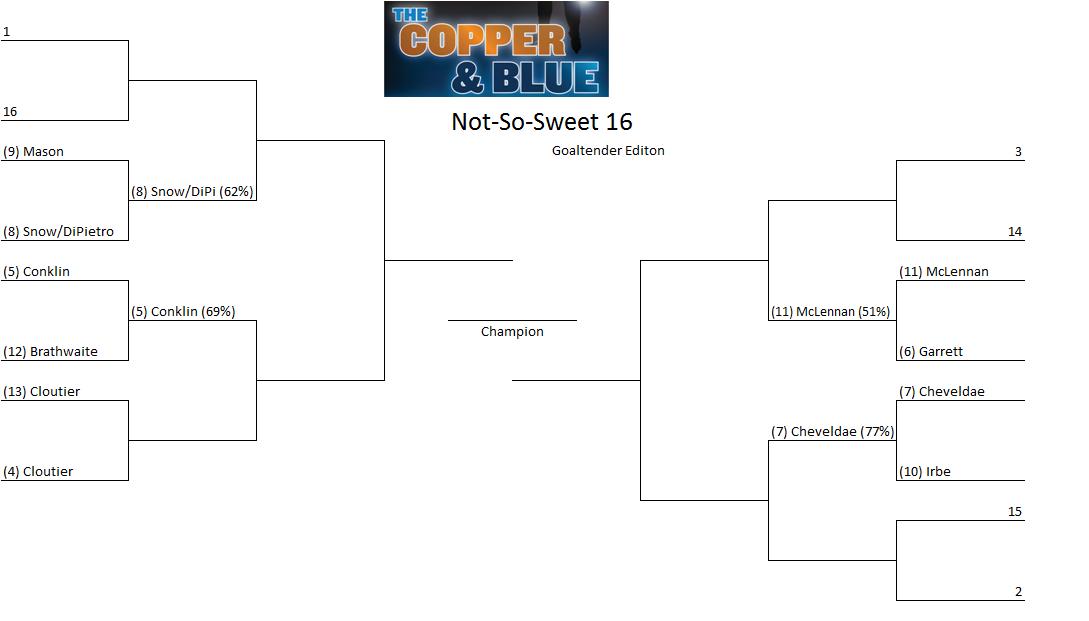