Which goaltender was worse: John Garrett or Jamie McLennan

In yesterday's vote, Tim Cheveldae dominated the opposition on his way into the second round, taking 77% of the vote (coincidentally, that's the NDP's over/under in the next BC election). I expect that today's vote will probably be closer as two of the many goalie-cum-broadcasters square off.

He never played in more than 38 games in a season, but McLennan still made it to the 200-game threshold because of sticking in the league for 11 seasons. He is one of just four goaltenders in NHL history to play in that many seasons without hitting the 40-game mark at least one time (the others are Jimmy Waite, Jeff Reese, and Wade Flaherty), and he is the only goaltender in NHL history to do that and play in at least 200 NHL games for his career. He is the back-up of back-ups, a man so good in the room that he could find work on that alone. Now, a dressing room savant might be good for team morale between games, and might have some fun stories to tell once his career is done (note: I have not read this book), but my experience is that a player known for being good in the room usually isn't so good on the ice. Looking over McLennan's career, this would seem to be true.

Here's how McLennan compares to league average and to his teammates in every season he played at least 20 games:

If this were a "worst broadcaster" contest, there's a chance that John Garrett might be seeded higher than sixth, and I'll admit that there's some chance that this is colouring my view. The reality is that John Garrett had some pretty decent seasons in the WHA in the mid-70s. Unfortunately for Garrett, we're just looking for the worst goalie to play at least 200 games from 1979-80 to present and the tail end of his career squeaks just under the wire. That part of his career isn't quite as flattering. The save percentage data is sparse (I can't find anything for Garrett until 1982-83), but if the GAA is somewhat indicative of his play, I don't think more data is going to help his case.

Here's how Garrett compares to league average and to his teammates in every season he played at least 20 games: 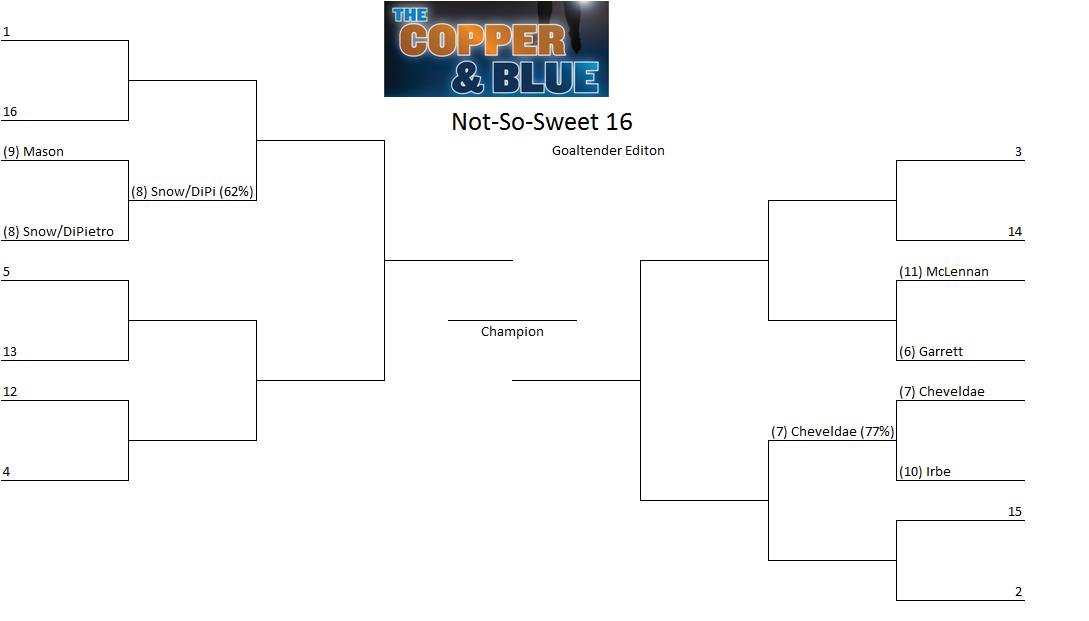