Which goaltender was worse: Tim Cheveldae or Arturs Irbe?

The Not-So-Sweet Sixteen kicked off with a tight match-up, but in the end, the lone tag-team in the tournament prevailed with 62% of the vote as the eighth-seeded tandem of Rick DiPietro and Garth Snow are moving on to Round Two. Today's match-up is going to make some people mad and might cause Kristians Pelss to refuse any future Copper and Blue interview requests.

Most of the goalies in this tournament are not remembered fondly by the fans of the teams they played on, but I have a feeling that isn't really true of Arturs Irbe. People love Irbe. He's tiny. He's Latvian. He's got a funny helmet. His pads make him look kind of like a marshmallow. He led the San Jose Sharks to their first playoff victory, led the Carolina Hurricanes to the Stanley Cup Finals, and was the flag-bearer for Latvia in the 2006 Olympics. The thing is, he also had some really horrendous seasons. In both 1995-96 and 2002-03, Irbe had the worst save percentage of any goalie in the NHL who played at least 20 games. That 2002-03 season was also the seventh-worst single season since the NHL expanded to thirty teams. Irbe was usually hovering close to league average, but he also had some really, really terrible seasons.

Here's how Irbe compares to league average and to his teammates in every season he played at least 20 games:

Like Arturs Irbe, Tim Cheveldae has appeared in the all-star game. Unlike Irbe, I wouldn't be able to pick out his all-star season(s) (Irbe had two) just by looking at the numbers. In yesterday's comments, Michael Parkatti asked whether or not Chris Osgood would be making an appearance in this tournament. I didn't give him an answer, but I will say this: that powerhouse Red Wings team could win with Chris Osgood (though... uh... not against Arturs Irbe); they couldn't win with Tim Cheveldae. After being eliminated early in the playoffs for a few years, the Red Wings traded Cheveldae to Winnipeg in the spring of 1994 where he promptly lost his starting job to the Maginot Line himself, Nikolai Khabibulin. That's right, Oiler fans: Tim Cheveldae is at least partially responsible for these last four years of suffering.

Here's how Cheveldae compares to league average and to his teammates in every season he played at least 20 games: 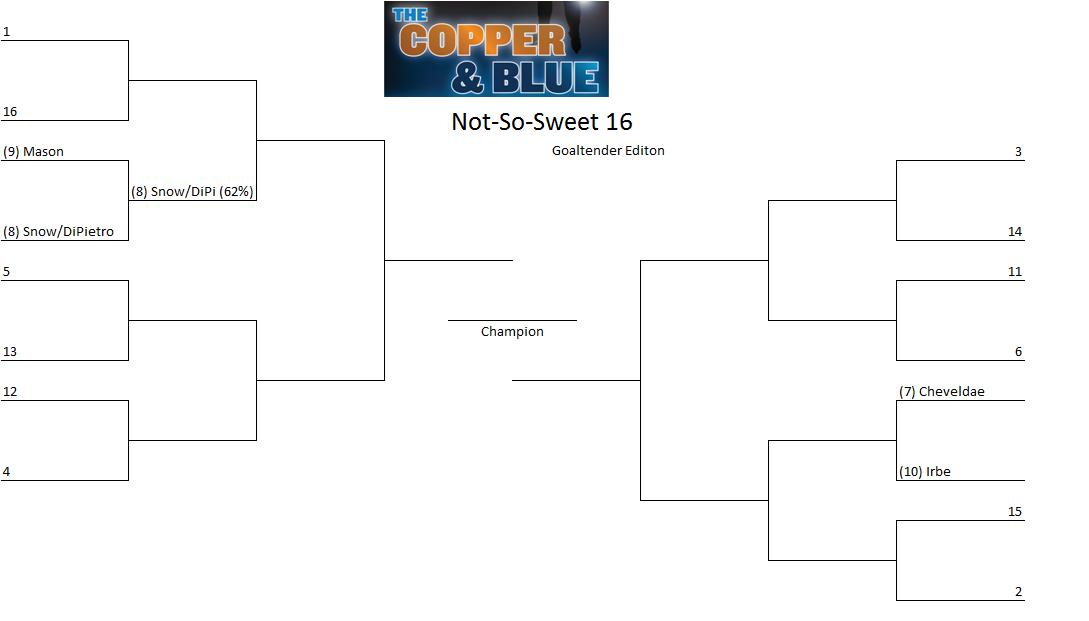