The Oilers wasted six years of a good player in his prime, is there any value left?

For fans of the Edmonton Oilers, no player, aside from Tom Gilbert, is more polarizing than Linus Omark. To a certain corner of the kingdom, Omark is a proven scorer in almost every major league in the world and a useful player on a team without an abundance of useful players. In the other corner, Linus Omark is an arrogant jerk, a soft and spoiled "Euro", with an ego far too large for a team full of young players. 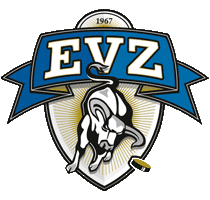 Omark spent his lockout time in Switzerland, plying his trade with EV Zug, a mostly also-ran Swiss team. Of interest to Oilers' fans, Jussi Markkanen is one of Omark's teammates. Omark's club sits third in the Swiss National A Division with 82 points, and Omark leads the league with 62 points.

Omark's production comes as no surprise - he was among the league leaders in scoring in the SEL, KHL and AHL. Now he's dominating a much-improved Swiss league. This year's numbers closely align with Omark's past when translated using NHLe.

Except for an injury-riddled 2011-12, Omark has consistently produced NHL equivalent points in the low 40s. In his only extended time in the NHL, his 82 game numbers work out to 43 points. To the latter corner mentioned above, 40 points is a pittance, something that 3rd liners can score on a regular basis. To the former, those 40 points per year represent missed opportunities. To demonstrate what impact 40 points may have had on the Oilers during Omark's professional career, here is a table with his NHLe point per game totals and the corresponding rank among Oilers forwards during that season:

Since 2006-07, Linus Omark has consistently produced points that would easily make him a top 9 forward on the Oilers. In fact, his production closely aligns with players like Scottie Upshall, Tyler Kennedy, Mason Raymond, Chris Higgins, Pascal Dupuis, Wayne Simmonds, Ryan O`Reilly, and Artem Anisimov. That's a bunch of extremely useful players who have played on good NHL teams over that timeframe. Those are the types of players the Oilers didn't (and don't) have.

Omark in the NHL as a member of the Oilers is a ship that's long since sailed, but Omark in the NHL is still a very real possibility. The question is now - is he still worth anything, or have the Oilers crushed the value of the player? If there is value, who might be interested? Could Omark be used as part of a trade to bring in center depth or defensive depth? Or is Omark simply a player that might fetch a 6th round pick as the deadline nears?

Finally, the Oilers have wasted a .46 points per game player for the last six seasons - who is at fault?