At The Quarter Point: Shots, Goals, and Possession

A game by game look at the numbers through the first quarter of the season.

Share All sharing options for: At The Quarter Point: Shots, Goals, and Possession

My look back at the first quarter of the Oilers season has so far covered each of the three positions. With this post I thought a look at the Oilers game by game possession numbers would be a good idea given the issues scoring goals at even strength and the disconnect between the Oilers scoring chances and Corsi so far this season.

The following graph shows the cumulative percentages for shots, Corsi, Fenwick, Fenwick close, scoring chances, and last of all goals. The scoring chance data I borrowed from this post from Tyler Dellow, the rest I tallied myself using Excel. All data is based on five-on-five play only. 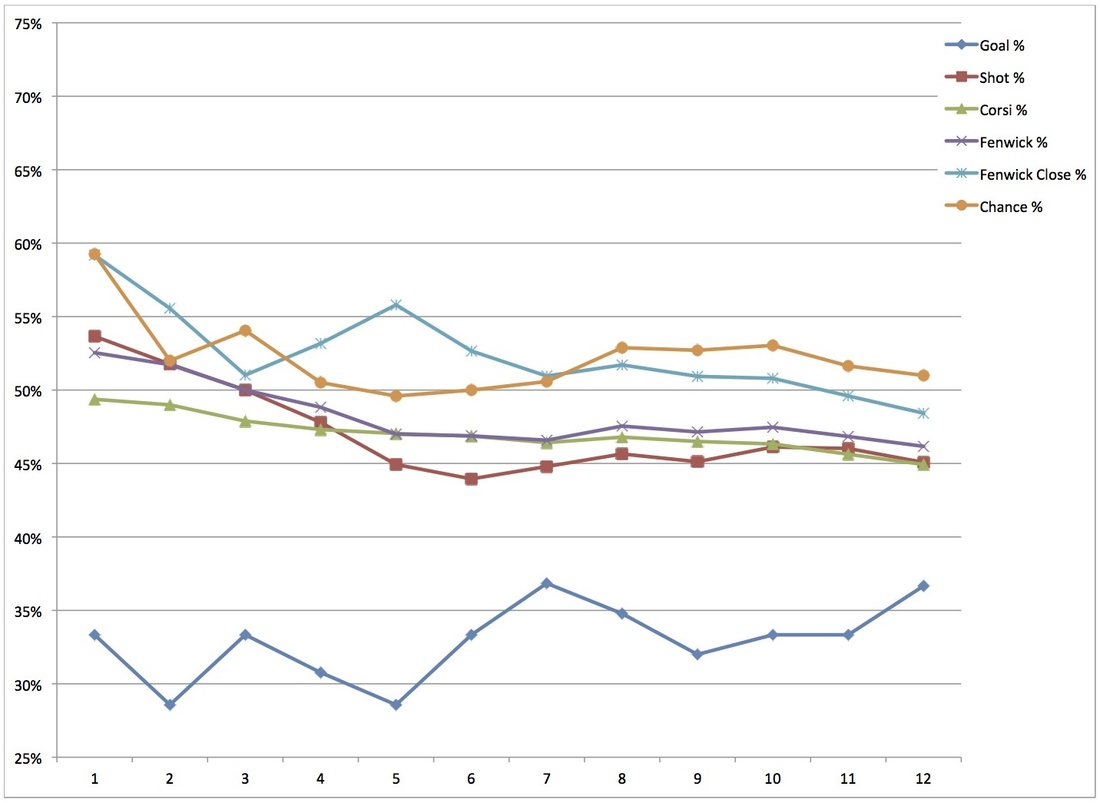 I'll let you make of that what you will but I see a couple of things.