The Night Corsi Died A Little Inside

Oilers gain a point in a 4-3 loss for the 2nd consecutive game.

Share All sharing options for: The Night Corsi Died A Little Inside

It was a fitting end to the 2013 calendar year for the Oilers. Just enough good to make you think that the good times are just up ahead, combined with enough bad to make you remember that there's a serial killer lurking in the shadows behind you.

Taylor Hall basically sewed his name on the back of a Team Canada sweater with his performance tonight. He keeps proving that he's too good not to take. This was his 4th multipoint game out of his last 6, and he's been full value for every single one of those points. He's driving what little offensive play this team can muster and he's doing it every way imaginable. The pass he gave to Justin Schultz on the 3rd Oilers goal was simply mind boggling. Initially I thought he was going for Ference and just put it too far in front (he's the only play Hall looks at), but I don't think that's what happened. I have no idea how he saw Schultz, but his vision is amazing.

Now there's a familiar story. Oilers with a late 3rd period lead and the opposition has their goaltender out and somehow manages to tie up the game. It seems like it's almost routine with this team whenever they do manage to get the lead. It's bad enough when you team doesn't win games, it's even worse when they lose them like that.

You can see why Ilya Brysgalov has had such an up and down career. He has fantastic reflexes, solid initial positioning and fights to stay in the play after a save. He's also got absolutely no real technique in net and finds himself in some very strange positions. On the 2nd Coyotes goal he basically just falls to his knees with his leg out and away from the post allowing a 5 inch gap where Tim Kennedy can bounce the puck off him and in. The winning goal had similar positioning. Bryzgalov was initially in pretty good position and then made an extra push that took him out of his net. 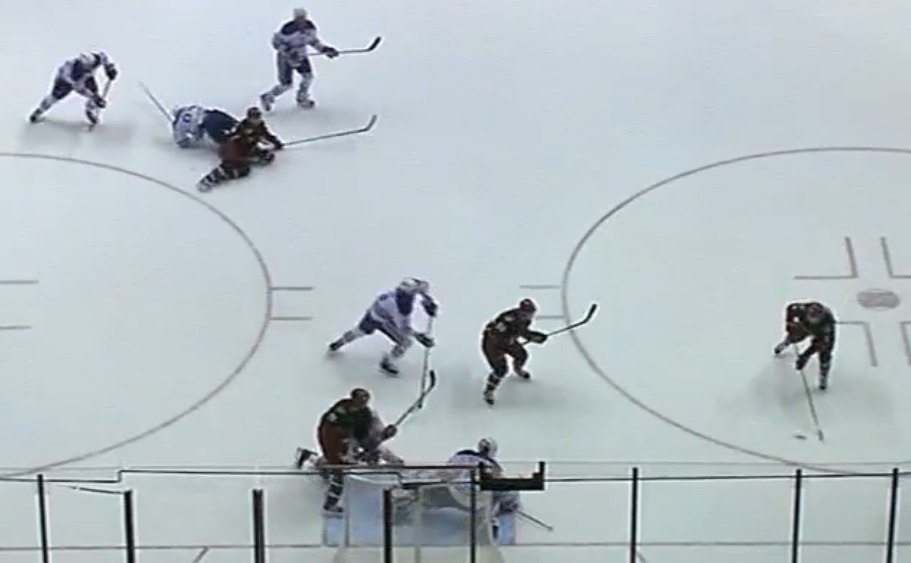 You can see he's in pretty good position on Keith Yandle here. The upper half of the net is exposed but he can fix that with a little push out. 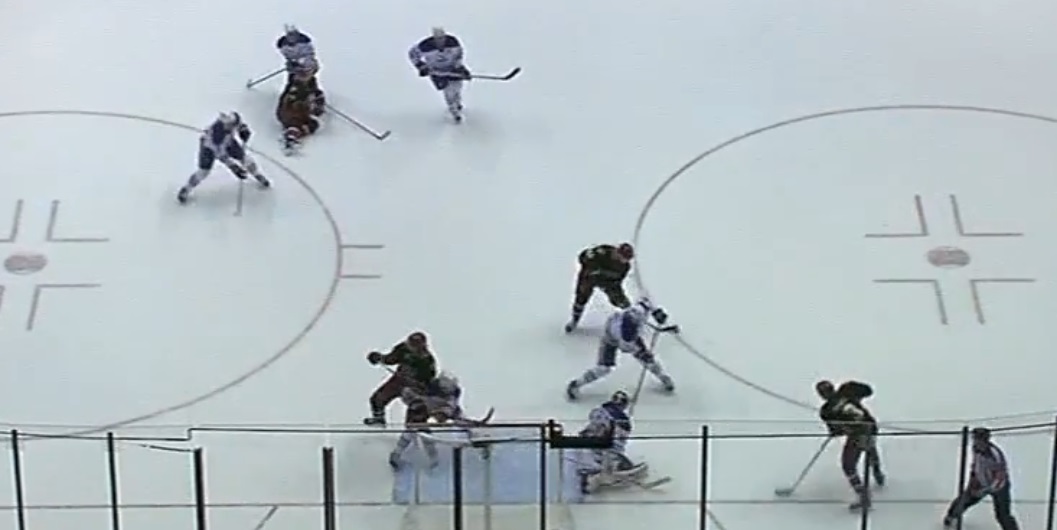 He pushes out way too far and over commits, leaving the whole net wide open

I'm not faulting Bryzgalov at all for this game, it's just apparent why he goes through the massive peaks and valleys he does in terms of his performance. He's erratic, which is sometimes his biggest strength, but also the thing that causes him the most problems.

It's fascinating how the sports media in Edmonton (with some exceptions) can watch this team and at least not think this whole underlying numbers thing makes sense. I mean, the Oilers are pretty much the poster team of losing games and getting consistently outshot. It's not like this is Toronto where there's an excuse that there are wins and playoff positions that muddle up what's happening.

Stat of the Game

Officially, Ales Hemsky has one giveaway and one takeaway on the night. He had three defensive zone takeaways in the first alone.

Hemsky finishes the night with 1 takeaway and the Oilers lone giveaway on the night. I wish I was making this up. Never change NHL RTSS, you are special just the way you are.