Then Daryl said, "God has fulfilled the promise he made to me, for I am now a king in this place, the owner of the Edmonton Oilers, just as God promised I would one day be. I will build a new Temple to honor the God who has given it to me. There I will place a great team, no longer floundering in the basement, but rather, playing exciting hockey during the playoffs and winning Stanley Cups."

Visiting Team Scouting Report: We're getting close to the halfway point in the season and the hot start of the Colorado Avalanche is turning into a good season. Their team save percentage, which was the best in the league for much of the year, has fallen to fourth (with a still strong .925) with some spotty goaltending over their last eight games, but the Avalanche haven't totally fallen off the map with a 3-4-1 record over that span. That segement includes an 8-2 loss on the road to the Oilers, Colorado's most lopsided of the season, and no doubt one they'd like to avenge tonight playing at home. 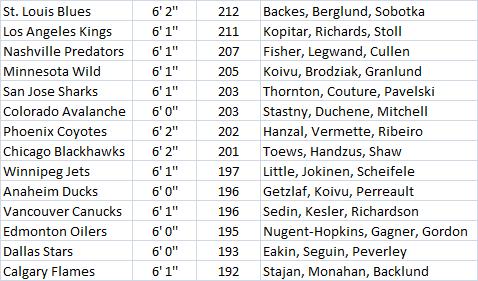