A familiar face has had some bad teammates.

Off of the top of your head - which NHL player has had the worst linemates/partners over the last three years?

The answers were surprising:

While Smyth was a decent nomination, I'm not sure those respondents get what bad linemates are. Two guys got the idea:

@CopperandBlue whoever played with Whitney.

@CopperandBlue Whoever has been partnered by Cam Barker or Jack Johnson

I'll nominate this guy, forced to spend time with both Ryan Whitney and Cam Barker, but also Theo Peckham, Steve Kampfer, Jason Strudwick, Jim Vandermeer, and a whole other cast:

In other news, Anton Slepyshev finally broke through with his first goal in the KHL. (Autoplay warning)

Tomas Hertl is all of the rage right now for this: 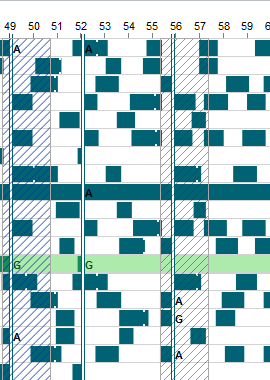 That's the Sharks' shift chart from last night - the green highlight shows Hertl's last 11 minutes.  He didn't play after the goal above.  I hope that wasn't a form of punishment for "showing off", and if so, I hope Hertl does the same thing the next time out.

Informally, Edmonton has the early league lead in own-goals at 4 in 3 games.  The data comes from another Twitter survey and it obviously not a complete data set: