How will things shake out in the NHL this season?

Over the last couple of days, I've profiled each of the four divisions. If you'd like a detailed look at the reasoning for each team, follow one of these four links:

You'll notice from the numbers that I've got the balance of power shifting to the Eastern Conference this season, largely but not entirely because of Detroit's move East. Having said that, if the divisions actually end up this way, that will mean a league with much more parity than what we saw last season:

Some of that narrowing is simply the move from six divisions to four, but some of it is the fact that my predictions don't have the same goal differential range as we usually see in an NHL season. Let's look at my predictions for the upcoming year: 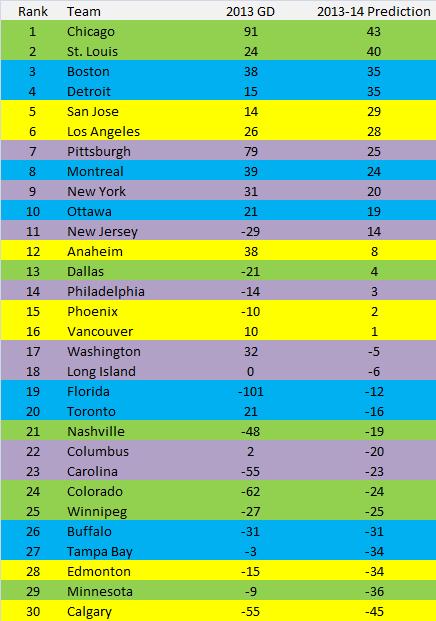 Now let's compare those totals to the average goal differential for the team that falls into each spot in the standings using data from 2005-06 to 2012-13: 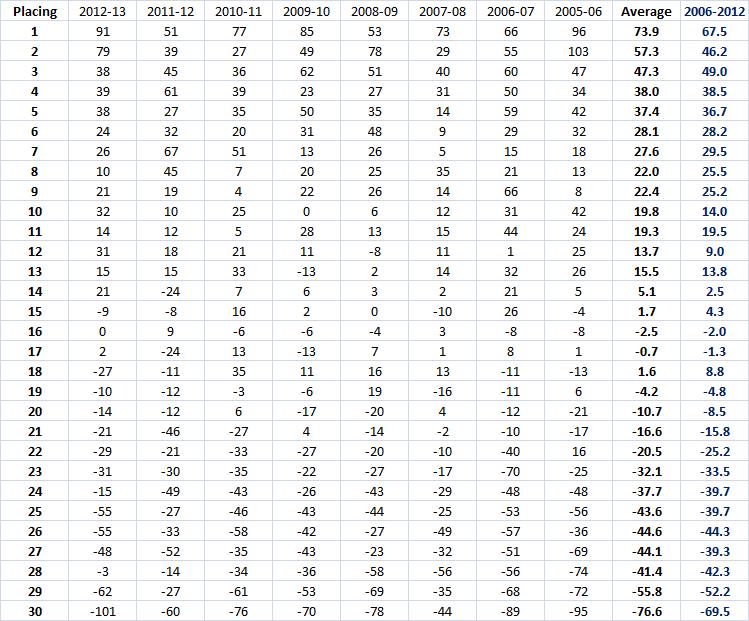 As a result, I know going in that some of these predictions are going to be wrong even if I've perfectly judged each team. Even if the Oilers really are the 28th best team in the league, if they perform at their expected level, they're not actually all that likely to finish 28th; some of the teams above them are bound to get unlucky.

If you're not an Oiler fan, you can use the two charts above to check out where I've said your team is likely finish if they get average luck.