As sort of an unofficial part 2 of the piece earlier this week, I thought I’d address line changes and the responsibilities of players going off and coming onto the ice. At first I wasn’t sure if this was actually necessary, I mean it’s a line change, everyone knows how to do that right? Apparently not.

After listening to the in game commentary and intermission panels talking about how 4 veteran players made a mistake on the power play goal by the Ducks, it was pretty evident that individual responsibilities on a line change are string theory to those who get paid by Sportsnet to talk about hockey.

There are a couple of constants on a line change:

These aren’t really earth-altering. In fact, they all just seem like basic common sense when you consider the rules of hockey (1 and 2) and just basic positioning (3).

You can recover from having your forwards join the play a bit later. As the defending team you can force the opposition wide and let your forwards pick up the trailing opposition. When you have 1 or 0 defencemen back, it’s very difficult to dictate the play.

When you are coming onto the ice on a change, it’s important to note where the puck is. If the puck is deep, the opposition is usually going to try and push it up the wall opposite to the bench. 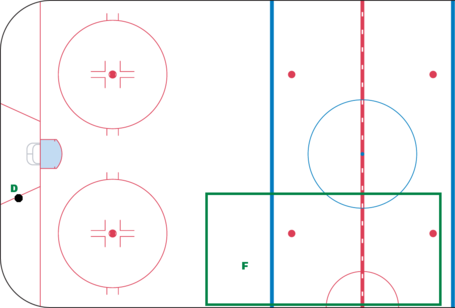 The puck is back in the zone and the F opposite the bench has a lot of wide open space if the D can get it to him. 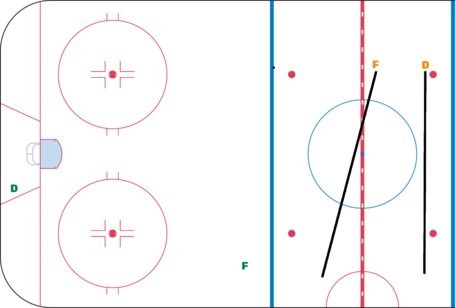 As the first F and D go onto the ice, they want to start to head over to the far wall. The idea is to either close off the puck carrier or even close off the outlet completely and keep the puck in the zone. 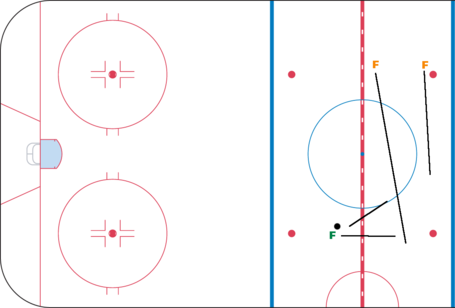 When the puck is in the neutral zone, the 1st F wants to skate over to the puck carrier. If he can get in front of him, he wants to slightly over play the puck carrier to the outside and force him back inside. The 2nd F heads toward the middle of the ice to either pick up a check or the puck carrier. The Defence in this situation should already be in position because they’ve either already changed or haven’t changed yet and are waiting for possession.

Going back to the play against the Ducks, Ryan Smyth flubs the dump in. He tries to flip it deep and it bobbles off his stick. Things like that happen and as long as the puck is outside the zone, there’s a good chance you can recover from it without much trouble. 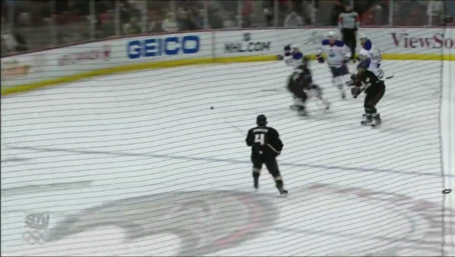 The first part you'll notice about this play is that all 4 players see exactly what happens. They are looking at the puck and they see that it doesn’t get deep. 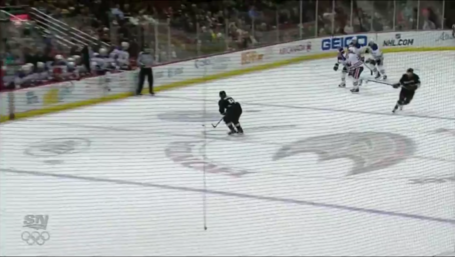 Both Sutton and Schultz are looking directly at the puck as Cam Fowler picks it up right at center ice. There is no reason for them to continue their change. 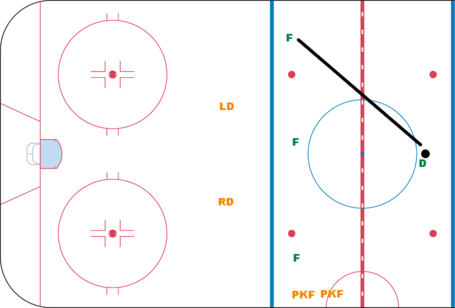 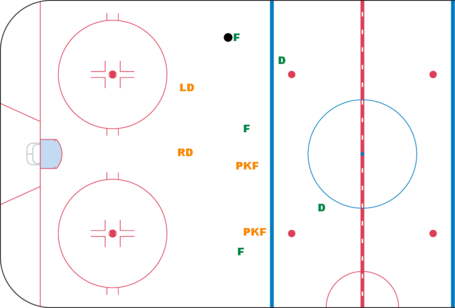 The first PKF can take the winger closest to the bench, freeing up the RD to move to the middle, essentially turning a 3 on 2 into a 3 on 3. The opposition ends up with an easy zone entry, but that’s a lot better than what happened.

The other fact to conside is that when you change all 4, it creates a bit more commotion at your bench, which can possibly prevent some of your players from getting into the play quicker, leaving your forwards (and often times your defence) farther out of the play than they would have just changing one or two guys.