Share All sharing options for: Count to 5, Then Stop!

As fans of the Oilers, it’s become a running joke at how bad this club has been at line changes. The fact that this isn’t a new problem is both hilarious and somewhat disturbing to many. It even seems as if the Oilers have managed to go from taking too many men on the ice penalties to not bothering to have enough players on the ice, which seems odd given the fact that they are a terrible team when they do manage to ice enough players.

With that being said, I think the issue is a bit over blown. While it doesn’t seem like it, the Oilers really don’t take an abnormal amount of too many men penalties. In fact they’ve taken just 6 this year, and their opposition has taken 10. Even when the Oilers do take a too many men penalty, a lot of them aren’t coaching mishaps by sending too many guys over the boards, but simply player miscues where the player leaving the ice touches the puck after his replacement comes on, or the player coming on the ice touches the puck before the player he is replacing gets off.

Out of the Oilers 6 too many men penalties, 3 match that description: 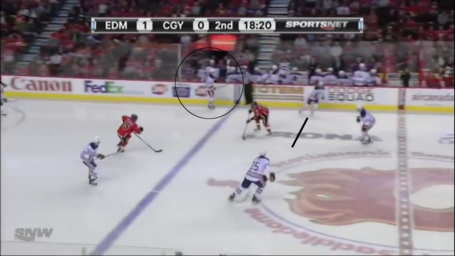 Lennart Petrell is the Oiler leaving the ice that has been circled and the Oiler coming on the ice attacks the puck right away. 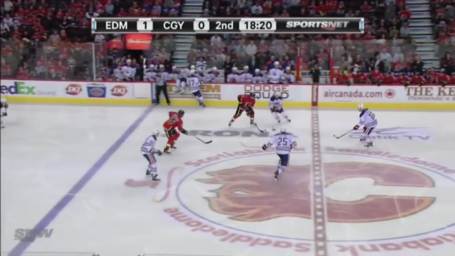 This is a bit of a chintzy call as Petrell is well out of the play and right by the bench when the Oiler jumps onto the ice. 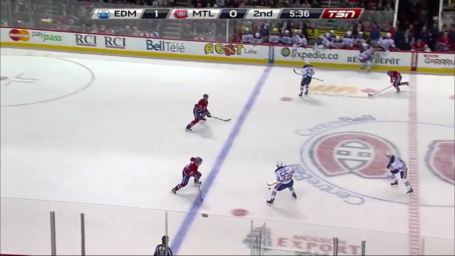 Eager has the puck and most of the Oilers are heading to the bench. Instead of dumping it in, he inexplicably tries to carry it against 2 defenders. 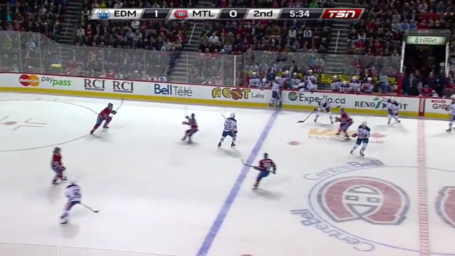 He loses the puck and it ends up going right to an Oiler as they are in the midst of a full scale line change. 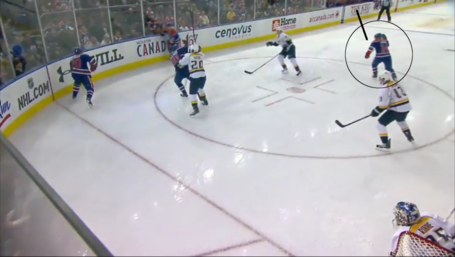 The Oilers have just finished a power play and Jordan Eberle signals to the bench that he wants off the ice (the Oilers were running 4 forwards on the PP, so he’s going off for a defenceman). 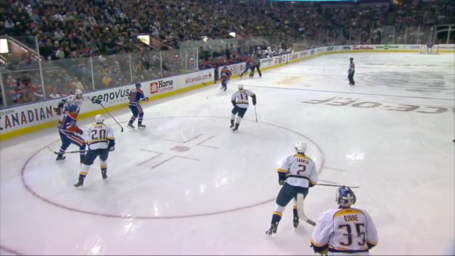 Just as he’s about to reach the bench, the puck comes to him at the blueline and he turns and plays it back into the zone. The problem is the defenceman has already stepped onto the ice. 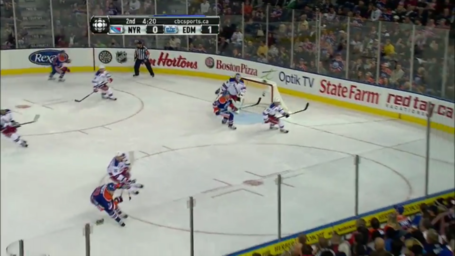 This is another one that sort of stands out as being more bad luck than anything, and that is one vs the Rangers where the Oilers change their defenceman and as they do, the Rangers break out along the side of the ice where the benches are. 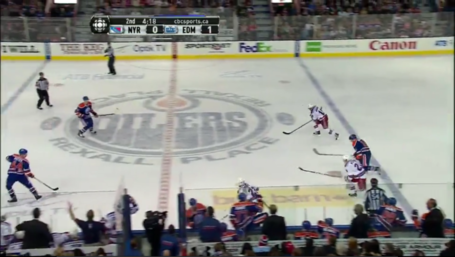 Technically here the Oilers have 7 skaters on the ice (4 defencemen), but 2 of them are standing at the bench trying to get on. This doesn’t get called if the puck is on the far side because no one is even looking at the bench in that situation.

Ever since Don Cherry forgot how to count back in 1979, the too many men penalty has almost always been blamed on the coach. The fact of the matter is that often times it’s just simply the puck being in the wrong place at the wrong time. Teams always cheat in terms of trying to get on the ice and in position. The players know the rule and they are the ones who have to be accountable for playing the puck in bad spots.

Part of the outrage is definitely a pair of changes in the past 3 games that lead to goals against. I find these very hard to blame on the coaches because they were just bad reads by the players on the ice. As a coach you can teach almost everything but skill and the ability to read the play. These aren’t mistakes that have plagued the Oilers, they were just recent and obvious. I don’t see this as being a long term problem with this team, at least not one that should distract us from the real problems.