Do You Want Your Defense to Score?

Share All sharing options for: Do You Want Your Defense to Score?

One of the things that doesn't get talked about a whole lot on many of the more math-oriented blogs is strategy at the team level. We talk quite a bit about the roles of various individuals (like whether or not a player is getting tough minutes), the tendencies of the league as a whole (like playing it safe when you've got the lead), and some very basic coaching differences (like whether or a particular coach likes to go for a hard forward match on the road), but if you asked me which teams ask their defense to pinch most often and if doing so was generally helpful, I'd have a pretty hard time answering.

Part of the reason for this is that quantifying those things is pretty hard to do with the numbers that are currently available, and to be frank, I don't think this preliminary work is going to do much to solve that. Still, I thought it would be interesting to see which teams have gotten the highest percentage of their offense from defensemen since the lockout, and if having a particularly high or particularly low percentage was particularly advantageous.

So first up is the data. What's presented here is total points (goals + assists) for each team's forwards, defensemen, and goalies both in terms of actual points tallied and as a percentage of the team's total. The average team got 75.4% of their total points from forwards, 24.2% from defensemen, and 0.3% from goalies (hooray for rounding error!). I've also included the number of points each team got in the standings: 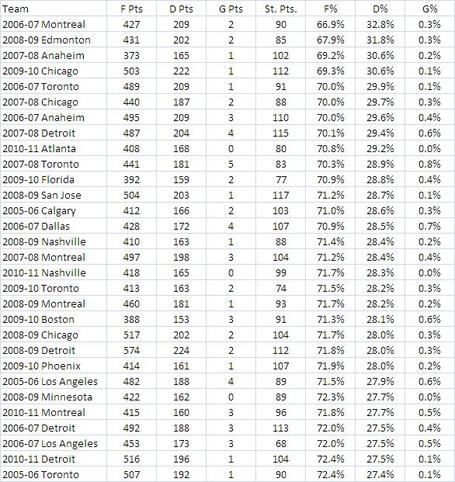 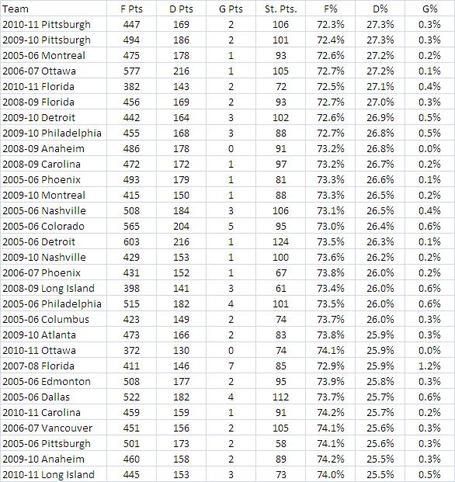 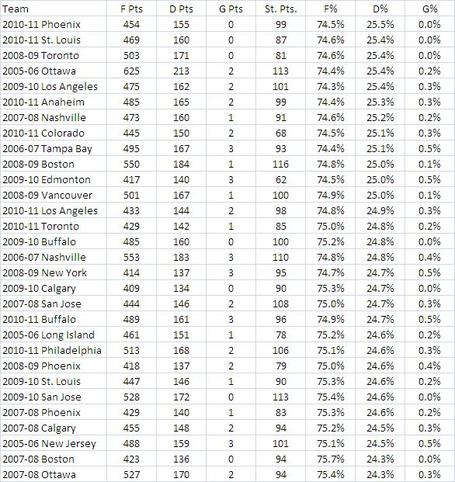 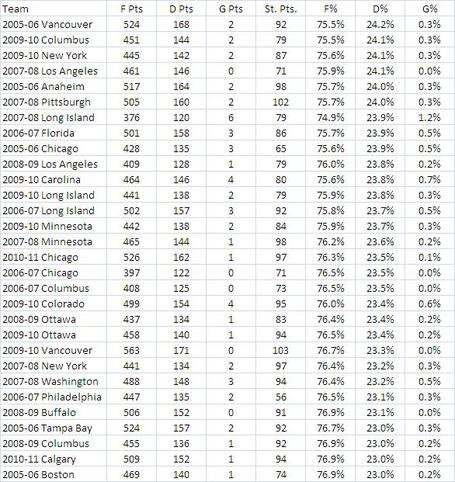 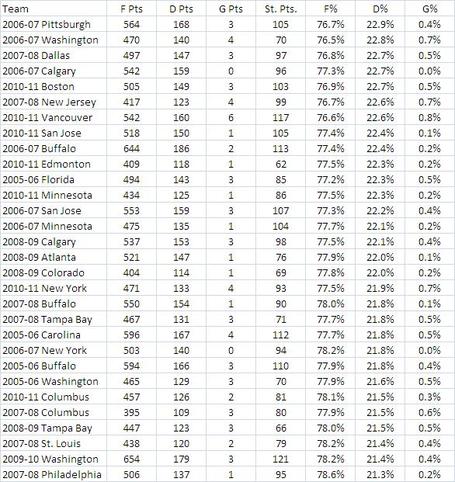 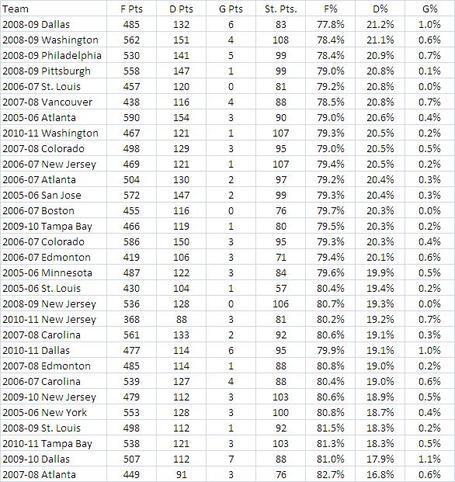 As you can see, there's a pretty significant range. The 2007-08 Thrashers only got 16.8% of their total points from defensemen, while the 2006-07 Canadiens got 32.8% of their total points from defensemen, almost twice as much. In hindsight, I really wish that I had looked at just even strength data since a lot of the teams with an above average amount of offense from their forwards were likely using four forwards on the power play (the 2006-07 Oilers, for example, used Toby Petersen).