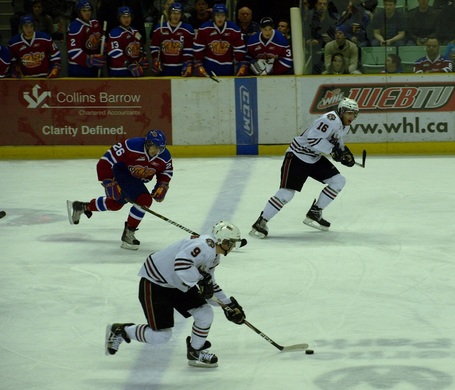 One stays, one goes back to...Edmonton.  Photo by Lisa McRitchie, all rights reserved.

As per Edmonton Oilers press release:

The following three players were assigned  to their respective junior clubs today:

The following five players were released from their amateur tryouts:

The Oilers have also announced Toni Rajala (RW) has been assigned to Ilves Tampere of the Finnish Elite League.

So with Rajala going to Finland, does that free up a contract and put the Oilers at 48?  Like Mike Thomas last season, I wonder if Brett Ferguson will get a tryout contract with the Oklahoma City Barons, though admittedly, the Barons are crowded up front with an influx of new kids.