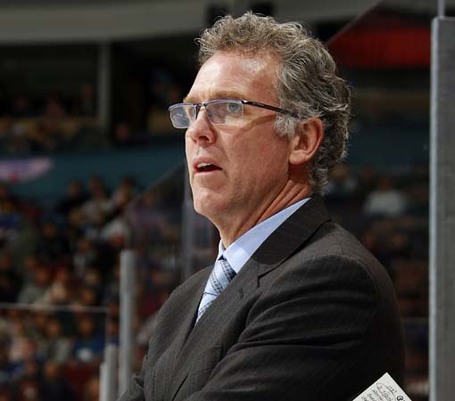 It was announced this afternoon that the Vancouver Canucks have hired ex-Oiler and ex-Oiler head coach Craig MacTavish as head coach of their AHL team, the Chicago Wolves.

MacT has not coached any team aside from Team Canada in the 2009 Spengler Cup since stepping away from the Edmonton Oilers in at the end of the 2008-09 season. It is not to say that MacTavish has not been busy, nor that he is not qualified to coach again, far from it. MacTavish has been busy working as a TSN analyst and it's not as if hockey, or coaching is something that would be easily forgotten.

If MacT plays his cards right, he may still be one of the first coaches "called up" should an NHL coach be fired during the regular season. Perhaps MacTavish sees a potential opening in the Vancouver Canucks coaching system, or maybe MacTavish just wants to get out and coach again as soon as possible. Whether or not MacTavish accepts a job with any team will be up to him ultimately, but it is always fun to watch and see where anyone with an Oilers affiliation may end up. Personally, I would like to have him coaching in the NHL once again, I always enjoyed his press conferences.