That second period was one of the worst periods I've seen the Canucks play all year.  It's up there with a couple of eggs laid against the Oilers late in the season.  The Bruins were all over the Canucks and could have potted a couple of more goals in the second.

Alberts and Ehrhoff gave up chances to everyone, while Edler and Salo played a wonderful game. 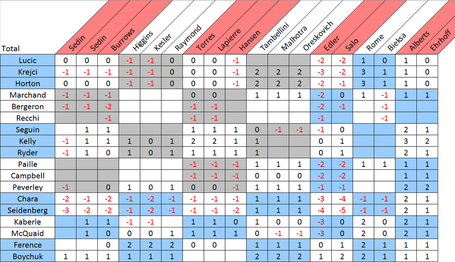