There wasn't much to like about the Canucks beating the Blackhawks in the first round of the playoffs, but one of those small graces is that the Oilers, with a very solid .500 record this season, have now retaken top spot in the NHL in terms of post-lockout playoff winning percentage. It turns out that Kevin Lowe is great at building teams for playoff-style hockey. Now if only he can get the team there more often...

The full chart and more observations after the jump.

First off, here's the chart (includes all of this year's games): 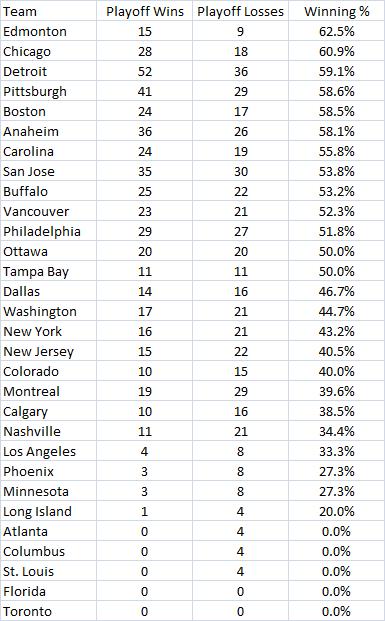