One cannot escape the feeling that these mathematical formulas have an independent existence and an intelligence of their own, that they are wiser than we are, wiser even than their discoverers, that we get more out of them than was originally put into them.
--Heinrich Hertz 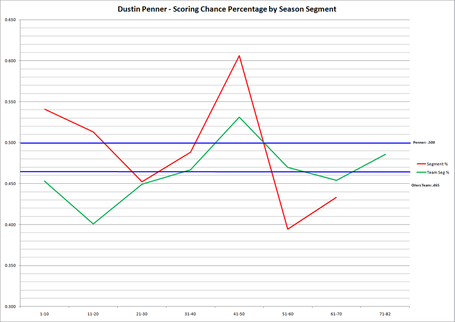 Penner posted six straight segments over the team average including three over 50%, one of which was a massive .606 segment percentage from games 41-50. His fall-off in games 51-60 was severe and if he were still an Oiler, might require some investigation.