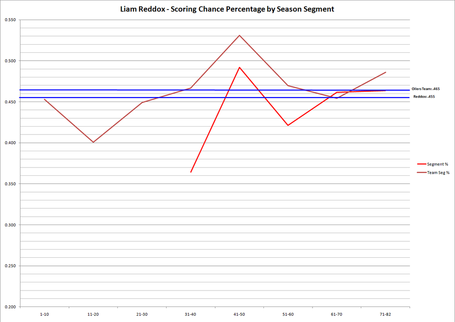 Though he likely earned a spot in training camp, Reddox didn't get his chance to show until nearly half-way through the season.  He was only able to better the team average in one segment.

Reddox somehow shook the Ryan Jones effect and was helped by both Jeff Petry and Tom Gilbert.