I was pretty happy when the Oilers signed Kurtis Foster. His deal was a slight overpay, but the team needed someone to take Sheldon Souray's place on the power play and Foster had credentials. My hope was that he was intended for the third pairing where his even strength flaws would be hidden for the most part. The Oilers had other ideas from the beginning as Foster talked about playing top four minutes from the minute he signed and Tom Renney threw Foster into the early season fire with Ryan Whitney. 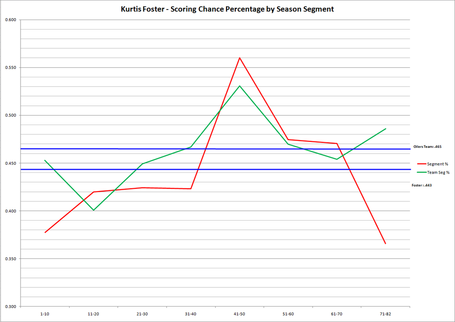 If Kurtis Foster is going to succeed, the Oilers are going to have to manage his responsibilities and time more effectively.