Theo Peckham was thrown into the fire and forced to face top-level competition in 2010-2011.  It was clear he wasn't ready for it.  While he's become a fan favorite because of his physical play and ability to punch people in the face, he's a long way from being able to handle the toughs or even second toughs. 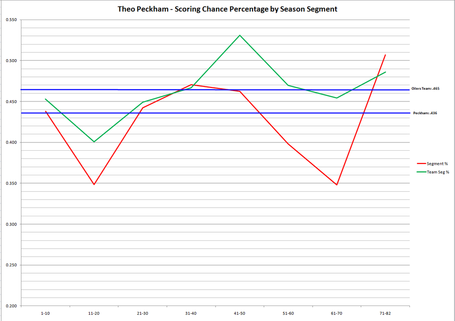 Like a number of other Oilers, Peckham broke through over the last dozen games, but his numbers were terrible in through the first 70 games.

18 of 21 players were better without Theo Peckham.  He's a third-pairing defenseman and asking more of him in the near future is a significant mistake.