Jason Strudwick ended his NHL career on a high note.  He was finally cast in the role he was meant to play - an 8th defenseman and veteran fill-in, and he filled in with aplomb.  Limiting his time on ice and his role may have produced his greatest season ever, though measuring up to his previous seasons is not something to crow about.  There were no "The Shifts", there was no albatross effect on his teammates -- if I had been a journeyman NHL defenseman, I think this might have been the season I chose to go out on top. 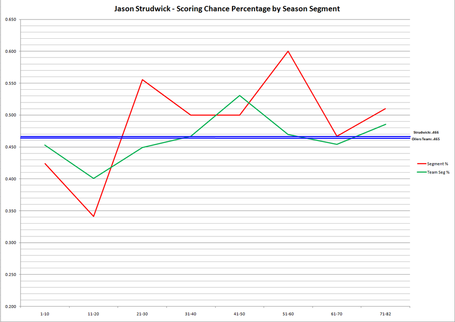 His final segment saved his season, just like a number of other Oilers.

What a way to go out - playing solid, responsible hockey with better partners.